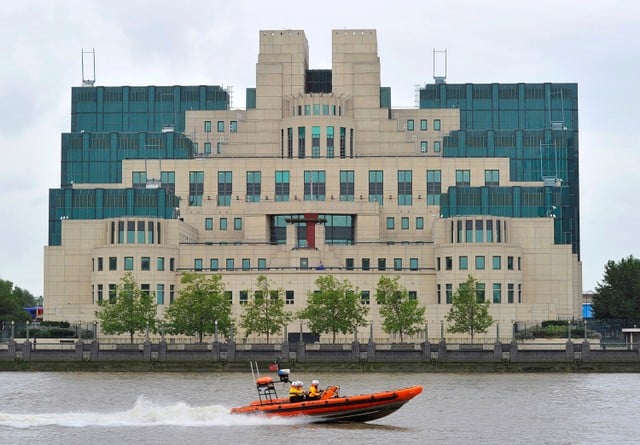 A motorboat passes by the MI6 building in London

British spies were complicit in the mistreatment of hundreds of suspected militants by the United States and involved in dozens of cases of the illegal transfer of suspects, according to two reports by parliament.

The Intelligence and Security Committee spent several years looking at the actions of British security and intelligence agencies in relation to the handling of detainees overseas following the Sept 11 attacks in the United States.

The committee found British intelligence officers were involved in incidents of mistreatment ranging from officers either witnessing torture first hand to passing on intelligence knowing it could be used in illegal interrogations.

“In our view the UK tolerated actions, and took others, that we regard as inexcusable,” the Intelligence and Security Committee said. The committee said it was “beyond doubt” that British intelligence knew at an early stage that its closest security ally the United States was mistreating detainees.

The findings undermine Britain‘s claims to formally reject all forms of prisoner abuse and will raise fresh questions about whether the government should have taken a more independent approach from the US after the Sept 11 attacks.

Although the committee did not find any evidence that British intelligence officers directly mistreated or tortured militant suspects, they reveal new evidence about the scale of cases where British agents were aware of mistreatment.

One report said it had found 232 cases where British personnel continued to supply questions or intelligence to allies after they knew about suspected mistreatment.

In 198 cases, they received intelligence obtained from detainees who they knew or should have suspected had been mistreated, the committee said.

Responding to the reports, a British security official said Britain‘s spy agencies had learned tough lessons since the Sept. 11 attack and that things were done differently now.

“Today, we do things differently,” the security official, who spoke on condition of anonymity, said, adding that spies were under intense pressure from their political masters at the time to deliver results.

Prime Minister Theresa May said in a written response to the report with the hindsight intelligence officers were working in challenging operating environment they were not prepared for.

“It took too long to recognise that guidance and training for staff was inadequate, and too long to understand fully and take appropriate action on the risks arising from our engagement with international partners on detainee issues,” she said.

The committee found no “smoking gun” indicating a policy of deliberately overlooking mistreatment, but said Britain did not do enough to challenge the behaviour of the United States.

“The agencies were the junior partner with limited influence, and concerned not to upset their US counterparts in case they lost access to intelligence from detainees that might be vital in preventing an attack on the UK,” the committee said.

Partying on the beach