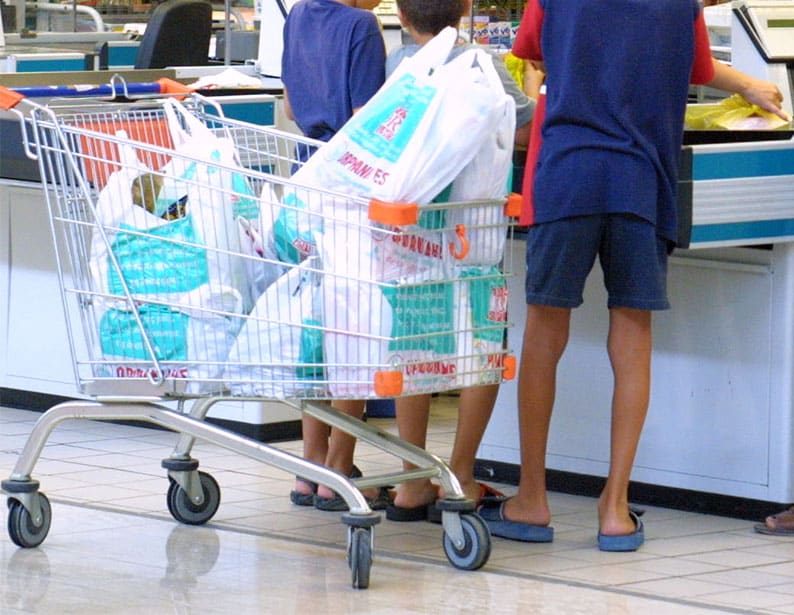 From Sunday consumers will have to buy plastic bags for five cents or bring their own bags to carry their shopping from supermarkets, Environment Commissioner Ioanna Panayiotou said on Thursday.

The new law is in line with a European directive requiring the charge for the bags.

Panayiotou added that thin plastic bags such as the ones used for fruit and vegetables are excluded from the new legislation.

She said money collected from the sale of the bags will be placed in a special fund managed by Green Dot and controlled by the environment department and used to raise awareness of how to reduce plastic use.

“When we think that it is a fact that by 2050 people will fish for plastic instead of fish we can understand the big size of the problem,” she said. “We should reduce not only plastic bags, but also all types of disposable plastic such as straws and plastic cups,” Panayiotou said.

In the European Union, she added, all countries have an obligation to take measures to reduce plastic bags, and the debate at the EU level on reducing other single-use plastics has already begun.

It is very important, Panayiotou said, that we consumers are aware, make green purchases in general and bear in mind that we should not buy things if we do not need them.

“Plastic destroys the environment, it takes five seconds to produce, five minutes to use, and then it takes five hundred years to dissolve,” she added.

Secretary of the supermarket association Andreas Hadjiadamou said supermarkets have long been ready to implement the measure.

Supermarkets have already been supplied with reusable bags that customers can buy when they pay for their groceries.

“We have always had social sensitivity and environmental consciousness and we have to say that supermarkets, regardless of this measure, have been conducting programmes and actions for a long time just to raise awareness and create environmental awareness in the world, which is very important,” Hadjiadamou said.

Head of the Cypriot consumer association Stamatis Rossides said that on Saturday June 30, the association, in cooperation with the environment commissioner, will be in supermarkets around the island from 11pm until noon to hand out brochures to inform the public and tell them why they will have to pay for the bags.

“We want consumers to be convinced that the reason this change is made and bags have to be bought is not an economic reason but it is for the good of the environment. Some think the reason is to make money for the supermarkets. This is not the reason. They must begin to realise the harm done to the environment and to change their mentality towards plastic,” he said.