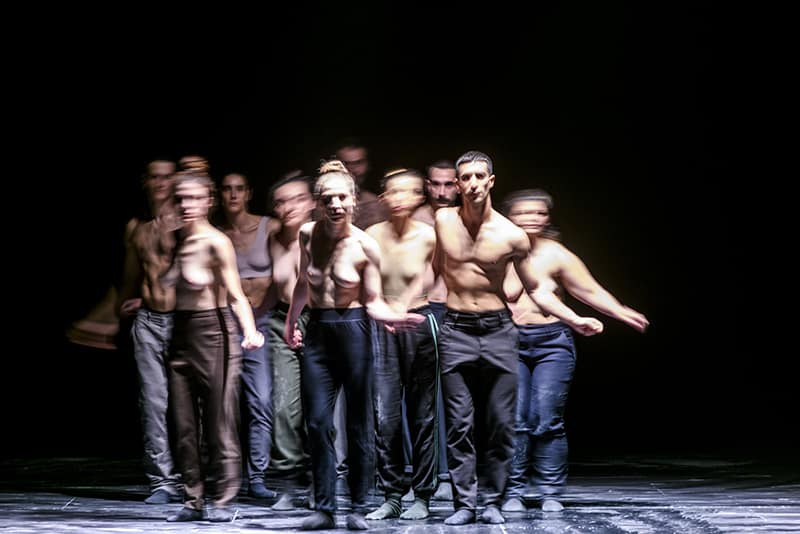 It might seem like it was only yesterday that the 21st Cyprus Contemporary Dance Festival started dancing its way into our hearts – time flies when you have your dancing shoes on – but it has been almost a month. We have seen acts from the Netherlands, France, Cyprus, Italy and Israel, and now it is time for Greece to take centre stage.

The dance piece Ion, a production of the Onassis Cultural Centre choreographed by Christos Papadopoulos, will concentrate on the world of Nature and present us with questions having to do with human nature – because out there we are all ions, electrically charged.

Papadopoulos’ minimalist, poetic, artistic universe is a place we can all inhabit. Ion is a performance that focuses on the microphysics of motion, the volume of detail that can flow from a kinetic pattern allowing the eye to wander, to travel through the boundless field of human relations.

According to the press release: “The flight of birds, the co-ordination of fireflies, a series of micro-phenomena that comprise the world of Nature, become a starting point for the kinetic research of Christos Papadopoulos. The choreographer does not merely represent the aforementioned enchanting coincidences; he moves on with a reductionist approach to kinetic patterns encountered all around us.

“In this piece, Papadopoulos searches for the mechanisms or the algorithm that lies behind the function of co-ordination. A living system of 10 dancers tests our powers of observation with unnoticeable changes and noiseless transitions in order to reveal the fragility of human relations that validate the pace of life, that is, the natural order of things.

“So, while the title refers directly to the phenomenon of ionisation, the performance tends to work by association, highlighting elements that transcend form, the mechanism of choreography, the rigour of a system,” the press release continues.

What fascinates the choreographer, and what will ultimately fascinate us in his choreography, is how these elements connect and create a unique cosmos. Through his fascination with this new world, Papadopoulos puts forward a multi-sensory experiment focusing on the repetitive nature of kinetic motifs. He relies on the primal elements of rhythm, movement, place and time when composing his work. Even so, the way he links actions allows the audience to gradually discover the interaction of movement with other elements.

Papadopoulos studied politics at Padion University in Athens, where he also joined the university theatre group and set about discovering theatre. He then went on to study theatre at the National Theatre School of Greece. It was during this time that he discovered dance via classes provided by the school as well as extra dance lessons which he took independently. He continued with dance studies at the SNDO School in Holland.

When asked about his process of choreography, Papadopoulos said it is down to questioning things. “I always start with a strict limitation. I feel that if I worked on what arises in the process of making, I would never manage to finish any piece. I remain loyal and firm to the limitation I set myself. This limitation evolves, prompting all the materials that become the performance, unravelling things I would have never imagined.”