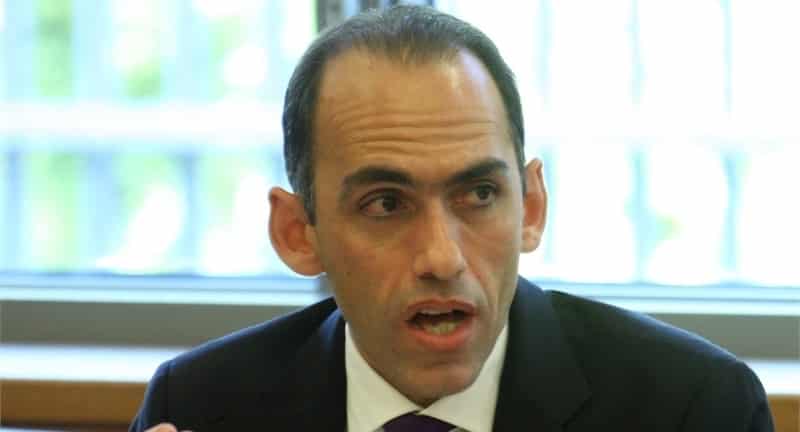 The insolvency and foreclosure framework currently in place, enacted three years ago after dramatic negotiations in parliament as it was required under Cyprus’s bailout terms, has proved to have “gaps, weaknesses that trigger excessive pressure by the European Central Bank (ECB) to the Cypriot banking system and ultimately to borrowers,” Finance Minister Harris Georgiades told reporters on Thursday after the council of ministers approved a bundle of bills to modernise the laws in question.

“We therefore believe that there is a need for an urgent improvement to this legislative framework on individual but yet important aspects rendering it more effective,” he said.

Georgiades said that every additional year required to foreclose, translates to “a cost of hundreds of millions (of euros)” for the banking system in the form of increased provisions for loan impairments and capital requirements, which in turned is burdened by borrowers.

“We must therefore undertake this correction and we appeal to parliament to pass this framework as early as possible, before the summer recess,” he said.

The minister’s comments came hours after a Central Bank of Cyprus official warned lawmakers that a possible failure to approve a law allowing the government to extend guarantees to Hellenic Bank shielding it from potential losses caused by an underperformance of Co-op assets, would have disastrous effects. The European Commission’s competition watchdog approved on June 19 the scheme that would allow the government to extend aid to Hellenic on condition that it would reform its legal and judicial framework in such a way that it would allow a reduction of non-performing loans in the banking system, which account for roughly €22 billion, or almost half of the total.

Earlier this month, the International Monetary Fund, which participated in Cyprus’s bailout five years ago, criticised the social and political acceptance of strategic default.

The current insolvency and foreclosure framework was the result of compromises among parties and endless parliamentary and public debates that rendered it toothless.

“The supervisory framework across Europe is getting continuously stricter and more demanding and it is therefore our obligation to take our measures to prevent this intensive supervisory pressure from leading to a destabilisation of our banking system or to excessive pressure on borrowers,” the minister said.

The Co-op agreement, which allowed the transfer of the state-owned bank’s operations to Hellenic Bank including €9.7bn in deposits, a large part of which the government would have to otherwise guarantee, “was a tough but necessary decision to avert risks”, Georgiades said.

“I share the view expressed by the Central Bank (of Cyprus) that under the circumstances, the agreement was the best possible, taking into account that otherwise additional supervisory measures would be possible,” he added.

The bills are expected to be put to the vote on Friday next week.

Trump, Putin to meet on July 16 in Helsinki – officials

Japan survive in World Cup despite loss, Colombia through