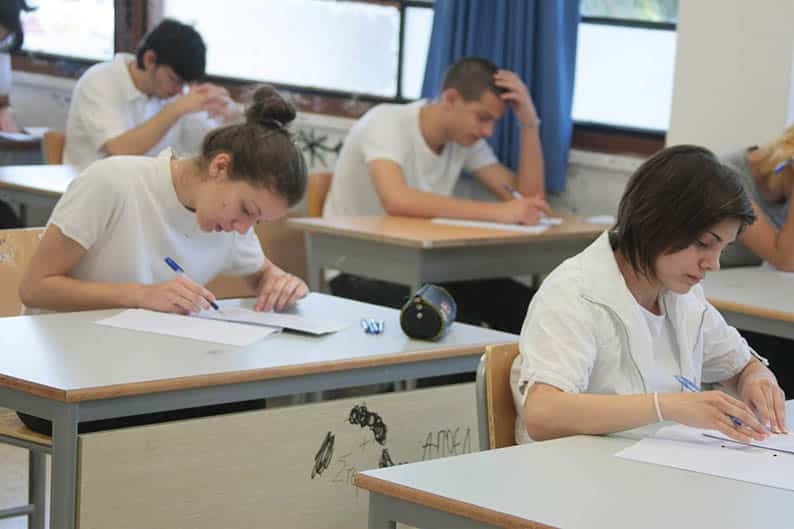 Installing air conditioning units in all 750 state schools before first assessing needs and taking other, environmentally friendly measures, would be reckless and irresponsible, the island’s technical chamber, Etek, said on Wednesday.

The chamber said in an announcement that it had been following the recent debate on whether air conditioning units should be installed in classrooms. It warned it had serious technical ramifications.

Etek said that the education ministry was right three years ago when it rejected the idea of installing air conditioning in classrooms and opted instead for thermal insulation of roofs, shading and fan mounting as alternative solutions.

But Etek said that such a decision ought to have been based on the results of a study of real data so that there was a complete picture of thermal comfort before and after thermal insulation, shading, night cooling and tree planting.

“Such an in-depth study would help to better inform the public, while creating appropriate environmental awareness for school building users and society in general,” it said.

The lack of such a study has meant the public debate is dominated by exaggerated demands and arguments based on what everyone thinks is reasonable, it said.

A decision to install air conditioning units in the classrooms of 750 state schools would cause additional costs and possibly create a series of other problems, Etek said.

“Based on the building characteristics and data concerning the days and hours of operation of the schools, it would be reckless and irresponsible, to say the least, to decide on the massive installation of air conditioners without the overall picture of the problem and before applying passive measures such as roof thermal insulation, shading, night-time or mechanical cooling,” Etek said.

Air conditioning on such a scale would also be contrary to European policies on a scientific approach regarding energy efficiency of buildings and create problems concerning the deterioration of indoor air quality, “a very important parameter for teaching spaces.”

It would also require millions of euros to supply, install and maintain air conditioners and erect electricity authority’s substations near schools due to a large increase in the electricity load per school.

Etek said that its arguments are reinforced by its information that as a rule state schools in southern Europe do not have air conditioners in classrooms.

The technical chamber’s announcement follows calls earlier in the month by teacher unions and parents for the installation of air conditioners in classrooms, citing high indoor temperatures over the summer.

Our View: Business behind opposition to Dherynia crossing

School lesson puts the fear of the devil into student

Berengaria buyer may have been found