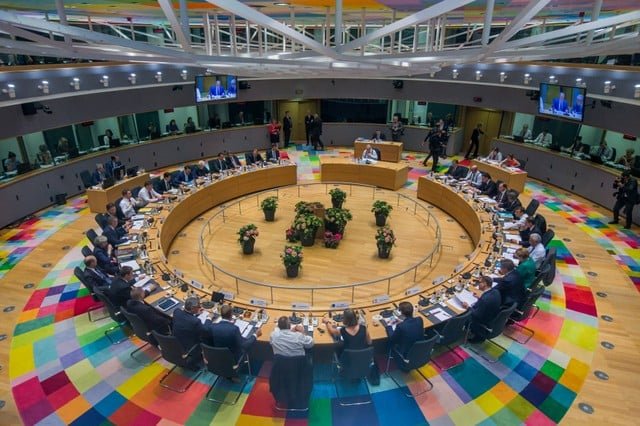 European Union leaders pledged on Friday to react firmly against protectionism and called for a new EU law to screen foreign investments, with Washington and Beijing clearly in mind.

The leaders, meeting in Brussels for a crucial summit focused more on migration, said the US import tariffs imposed on EU steel and aluminium could not be justified and supported the European Commission’s legal challenge and the duties set on US products.

“The EU must respond to all actions of a clear protectionist nature,” the leaders said in written conclusions to their meeting.

The conclusions backed by the leaders said Europe would continue to negotiate ambitious free trade agreements with partners – after provisional deals struck in the past 12 months with Japan and Mexico.

The bloc is still seeking a trade deal with the Mercosur group of Argentina, Brazil, Paraguay and Uruguay and will start talks in July with Australia and New Zealand.

However, there were also lines showing the European Union wants to protect its own industries and retain technologies in the face of what it sees as unfair competition.

Chinese companies are the chief target of EU measures to counter dumping and unfair subsidies, although the leaders did not mention China in their joint text.

The European Commission last year proposed that it should be allowed to scrutinise foreign investments amid rising concern about Chinese acquisitions on the continent.

The European Parliament, which wants tougher screening, and the 28 member states, many of whom favour a lighter touch, have agreed common positions ahead of negotiations with each other expected to start next month and last at least until the end of 2018.

The EU leaders called for a legislative proposal to be adopted as soon as possible.

The European Union countries have also committed themselves to driving reform of the World Trade Organisation to ensure trade is both free and fair.