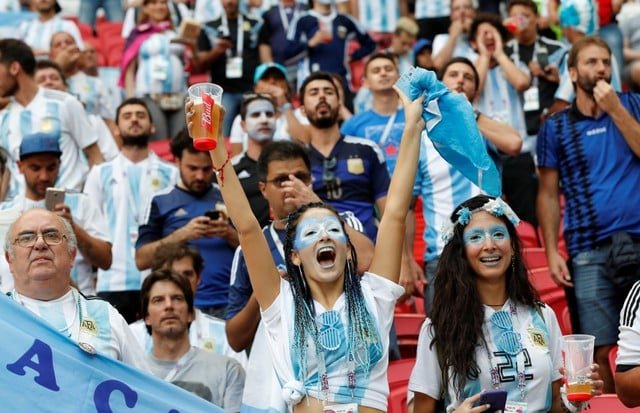 Argentina coach Jorge Sampaoli sprung a surprise when he dropped striker Gonzalo Higuain and replaced him with midfielder Cristian Pavon for the blockbuster World Cup round of 16 clash against France on Saturday.

Sampaoli had been expected to stick with the team that rescued their campaign with a last-gasp win over Nigeria in the group stage but instead named Higuain on the bench alongside fellow forward Sergio Aguero.

The impressive Ever Banega retains his place in a midfield that looks designed to hit France on the break through Lionel Messi.

France coach Didier Deschamps has reverted to the lineup which secured their place in the knockout stage with a victory over Peru in their second group match.

Captain Hugo Lloris returns in goal after being rested with defender Samuel Umtiti, midfielders Paul Pogba and Blaise Matuidi as well as forward Kylian Mbappe for their third group match against Denmark.

Matuidi will play deep on the left looking to cut the link between Messi and his midfield support.

Under the US cosh? The crackdown on money laundering