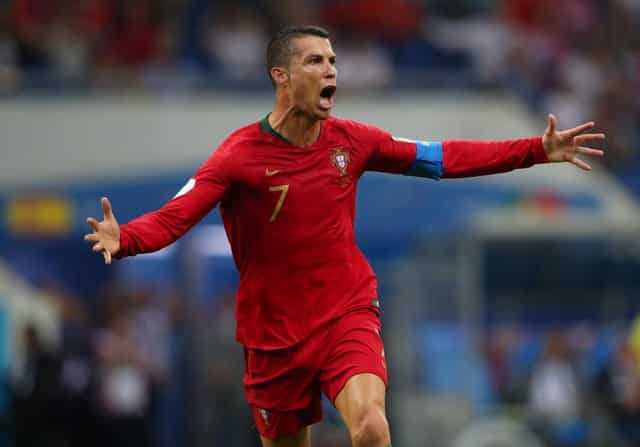 Pragmatic, difficult to beat, spearheaded by talismanic forwards and led by veteran, battle-hardened coaches — few teams have as much in common with each other as Uruguay and Portugal who meet in a World Cup round of 16 tie on Saturday.

The match may not have the makings of a goal feast but still promises to be a fascinating battle between two teams who repeatedly punch above their weight and who are a mirror image of each other.

The South Americans, who won all three of their first round games to top their group, have so far been the impressive of the two and are the only team yet to concede goal at the tournament in Russia.

Portugal, meanwhile, muddled through their group with draws against Spain and Iran and a fortuitous win over Morocco but that is unlikely to bother their grizzled coach Fernando Santos, who is always happy for his team to be considered the ugly ducklings.

Santos, 63, is at his second World Cup, having led Greece to the last 16 four years ago.

The former electrical engineer has also coached Portugal’s top three teams, had several spells with Greek clubs and crowned his career by leading Portugal to the European championship title two years ago.

His opposite number Oscar Tabarez, a one-time school teacher, is remarkably at his third World Cup in his current stint with Uruguay. Like Santos, the 71-year-old, who is battling neuropathy, has also won a continental title, the Copa America in 2011.

Both teams boast forwards who divide public opinion despite their goalscoring prowess.

Portugal’s Cristiano Ronaldo has scored 85 goals in 153 appearances, although when he plays for his country there is sometimes a feeling that he is both the problem and the solution and many perceive his goal celebrations as arrogant.

At the other end is Uruguay’s Luis Suarez with 53 goals from 101 games but numerous controversies behind him including an nine-game international ban for biting Italy Giorgio Chiellini four years ago.

Both teams use their attacking weapons sparingly.

Tabarez, who has coached Boca Juniors and AC Milan during his time, has always preferred to build him teams from the back, often arguing that tiny Uruguay does not have the resources to play flowing, attacking football.

That has begun to change with a new generation of midfielders but, even so, Uruguay are still very far from adopting anything that could be described as a cavalier approach.

Santos has never made any apologies for his no-risk policy.

“I can’t understand the idea of a team that loses but delivers a great game,” he said before the tournament. “It makes me confused.”