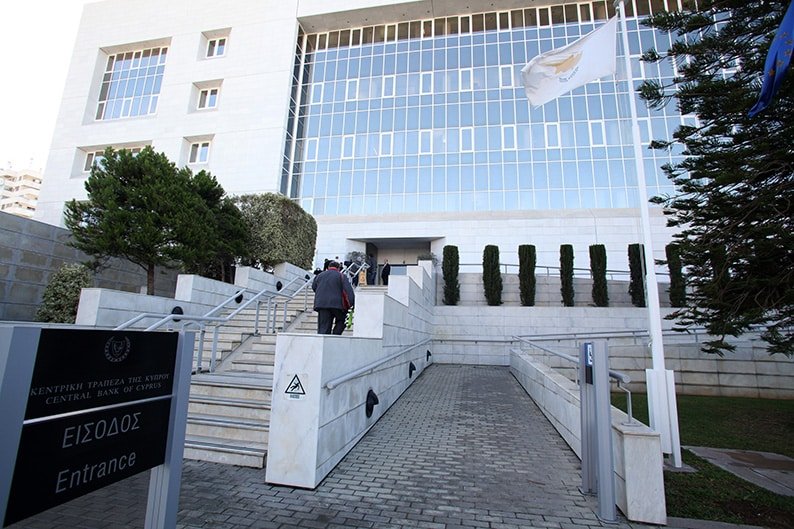 On June 14, the Central Bank of Cyprus (CBC) sent a circular letter to all credit institutions advising them to step up their game when it comes to due diligence on shell companies and letterbox outfits, part of a broader drive to crack down on money laundering.

Although the CBC officially denies it, rumour has it that the guidance was prompted by US pressure. Is there any truth to that?

“If a company fulfils any of the above criteria, engaging into or renewing a business relationship should be avoided,” the CBC circular read.

The new rules are to be incorporated into an upcoming revision/update of the CBC’s anti-money laundering directive. Upon its introduction, if banks opt to engage in a business relationship with a customer that could be described as a shell company, then the banks will have to justify their decision and record it in the customer’s file.

Banks will also have to review their existing client base to identify customers which can be described as shell companies, inform the supervisor of the outcome of the review before July 31, 2018, and “assess the future of their future relationship with them”.

The guidance was issued shortly after the visit to the island of US Department of the Treasury Assistant Secretary for Terrorist Financing Marshall Billingslea.

Following Billingslea’s contacts in Nicosia, the US embassy released a statement noting that “It is vital that illicit actors know that Cyprus is not open for business.”

The “illicit actors” referred to were understood to be Russian businessmen under US sanctions.

Yiangos Demetriou, acting senior director of the CBC’s supervision division, was the person who signed off on the central bank’s circular.

Contacted by the Sunday Mail, Demetriou conceded that Cypriot authorities are under the cosh –- but demurred on the question of whether pressure from the US government is the primary driver.

“There is a pressure, definitely. But it comes from various sources. This is a problem for us, as shell companies are one of the primary means of conducting money laundering.

“We are constantly on the back of allegations that Cyprus is a money laundering centre,” he added.

Indeed, a few months ago the Cyprus government picked a public relations firm in the US to work towards improving the image aboard through lobbying and other PR campaigns.

Demetriou cited Moneyval, a European rating body, and the Financial Action Task Force (FATF) as among the channels through which such pressure is being brought to bear.

Responding to a question, he said that Billingslea did not directly raised the issue of shell companies during his stay in Cyprus.

“We need to make a distinction. Yes, there may be a political facet in terms of American sanctions against Russian funds. But these sanctions involve named persons. With shell companies, you do not know the ultimate owner/beneficiary, and that’s the difference.”

Still, Demetriou did not deny that the Americans have in the past raised the issue of shell companies registered in Cyprus.

The matter did come up, for example, when the Financial Crime Enforcement Network (FinCEN) of the US treasury was designating FBME Bank as a financial institution “of primary money laundering concern” with alleged ties to Lebanon’s Shiite group Hezbollah.

The CBC official clarified that the regulator will not outright be barring banks – as well as credit payments institutions – from doing business with entities classed as shell companies.

“Rather, we expect the banks to act on a risk-based approach. We are not demanding that they close these accounts.”

Demetriou pointed out as well that any given shell company does not necessarily engage in illicit practices.

“That is why we are asking the banks to get back to us with a breakdown of clients who may fall under that description.”

That said, Cypriot authorities may have little wiggle room. The key threat looming over Cypriot banks, like the proverbial Sword of Damocles, is that Washington may instruct US lenders to stop acting as correspondent banks for Cypriot credit institutions.

And that would stop Cypriot banks from transacting in US dollars.

According to reports, as a result of such ‘prompting’ from overseas, over the last few years banks in Cyprus have shut down some 50,000 bank accounts, mostly related to business introducers.

Demetriou did not expect the tighter rules on shell companies to affect banks’ business in a major way.

“Rather, it is law firms and accounting firms who will take a hit,” he said.

Reports in the local media said that in the wake of the CBC circular, the Cyprus Fiduciary Association (CFA) has criticised the central bank for lack of consultations with stakeholders.

The association could not be reached for comment in time for this Cyprus Mail report.

In Cyprus, the provision of fiduciary services is regulated by the Law Regulating Companies Providing Administrative Services and Related Matters of 2012. The supervisory authority is the Cyprus Securities & Exchange Commission (CySEC).

Exempted from the scope of the law, however, are members of the Institute of Certified Public Accountants of Cyprus (Icpac) and lawyers.

According to the CFA website, these exempted entities are regulated by “the Boards of the Institute of Certified Public Accountants of Cyprus and the Cyprus Bar Association, respectively, in their capacity as Competent Authorities in the framework of the Prevention and Suppression of Money Laundering and Terrorist Financing Law.”

It’s no secret that law and fiduciary services firms in Cyprus act as nominees for thousands of entities, where the real shareholders/beneficiaries are concealed.

It has been a booming business, particularly for a handful of big-name law firms who make millions through registration fees.

“You’ve got firms whose lawyers hardly ever show up in a courtroom,” commented Pavlos Angelides, a private-practice lawyer.

Angelides, known for taking cases against the law firm of the late former president Tassos Papadopoulos, accused of laundering Serbian cash at the height of UN sanctions, said he is worried that the move on shell companies is misguided.

“They’re throwing the baby out with the bathwater,” he told the Cyprus Mail.

But whereas it is reasonable to assume that a significant proportion of these shell companies are engaged in dodgy dealings, at the same time there are many entities who are entirely legit.

“Look, the central bank already knows who is doing what, they’ve got lists. This business of turning the heat on shell corporations began some five or six months ago. But they aren’t touching the big guns, the major law firms with political connections, who between them ‘own’ the lion’s share of these shell or nominee entities.

“Instead, they’re going after the little guy.”

Angelides cited a personal experience, where recently he was denied an application to set up a legal consulting firm. He plans to retire next year.

His application was denied due to ‘insufficient documentation’.

“They wanted me to state the source of income, that’s fine, but also expected income per annum. How am I supposed to know that? So I wrote down a range, and I heard back from the bank that they rejected my application.

“And I had been a client of this bank for years. It’s not like Pavlos Angelides is a notorious gunrunner or drug kingpin.”

Asked what he thinks the move against shell companies is really about, the lawyer was quite categorical:

“It’s the Americans putting the squeeze on Russian money. Basically, Russian money sloshing around overseas belongs to two groups: the pro-Putin and the anti-Putin factions. The Americans are targeting the former.”