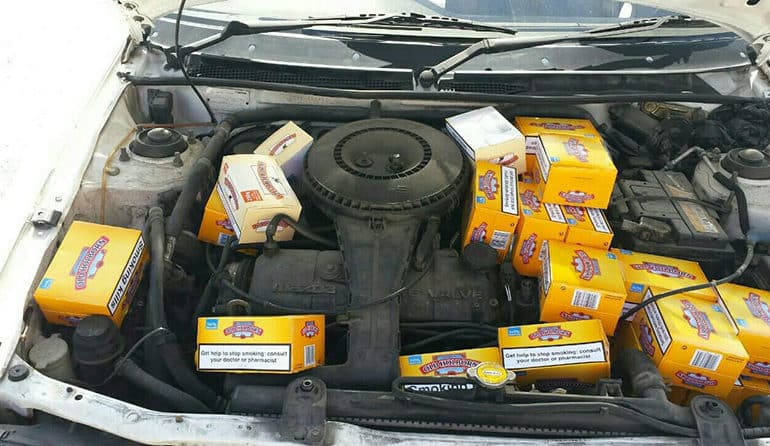 ONE of the main arguments used against those filling their cars with petrol in the north is that they are using fuel for which they pay no taxes to the Republic. It is a legitimate point. The Turkish Cypriot administration imposes lower taxes on fuel, which combined with the fall in value in the Turkish lira, means that drivers can fill their tanks for about 40 per cent less money than they would pay in the Republic. It is a significant saving that many people cannot ignore during these hard times.

But there is a broader issue here regarding taxes. If the taxes we pay the state were put to good use, people may be less inclined to buy fuel or tobacco in the north and the cases of tax evasion significantly fewer. But the way the state squanders or mismanages the taxpayer’s money, is it any surprise that people resent paying taxes and seize any opportunity to avoid doing so? True, there is always a tendency to avoid paying taxes, but there is no doubt that it is exacerbated by the way tax revenues are used by government.

Our taxes are primarily used by the politicians to secure votes or to pay for the costly blunders they have made in their efforts to win support from different interest groups. The handling of the co-operatives is a case in point. Countless blunders were committed because the government and the parties did not want to take unpopular measures that would lose votes. The result? The taxpayer was left to pick up a bill in the region of €5 billion. And to add insult to injury the co-op employees who will be laid off will receive compensation payments employers of private firms in a similar predicament could not even dream of.

The truth is that our taxes go towards providing a section of the population a high standard of living, all their needs from healthcare to pensions taken care of, while so many of the rest of the people struggle to make ends meet. We pay taxes in order for public employees, workers at SGOs and politicians to have all their needs catered for and enjoy a stress-free life. It was no surprise that Anastasiades government recently announced that the cuts in public sector pensions and wages would be lifted, at a time when private sector wages remain suppressed.

Apart from providing a section of the population with a very comfortable living, what else are our taxes used for? For more than half of the population there is no free healthcare, the standard of public education is poor despite our teachers being among the best paid in the EU and state services offer a lousy service to the public and an even worse one to businesses which are stifled rather than assisted by the state bureaucracy. For years, we have been told that measures for improving customer service and speeding up bureaucratic procedures would be introduced, but nothing is ever done. It is indicative of this perverse mentality that the only practical step taken with regard to the introduction of a national health system (which might never happen) was to increase the wages of nurses, doctors and other hospital workers.

In the Scandinavian countries, people pay high taxes, but they are provided with a high standard of universal healthcare, public education, social welfare, good infrastructure and efficient state services. They get good value for their taxes and, most probably, the majority do not resent paying them. In Cyprus, we pay the state less in taxes, but what we receive for them is still very little, because too big a proportion goes on public wages and pensions, botched government plans, deals with contractors that are unfavourable to the taxpayer, bailing out state organisations and random projects aimed at winning votes from specific groups.

Our state has proved over the years that it is incapable of putting our taxes to good use. On the contrary, it has a track record of mismanagement, wrong priorities, profligacy and a refusal to put the good of the whole population above everything else. Is it any wonder people try to avoid paying their taxes and when an opportunity arises to buy cheaper petrol in the north, many jump at it? If our taxes were being used prudently by the state, for everyone’s benefit rather than just for the public sector nomenclature, the culture of avoiding paying taxes would not have been so widespread.

The Dome hotel: a refuge in a time of war