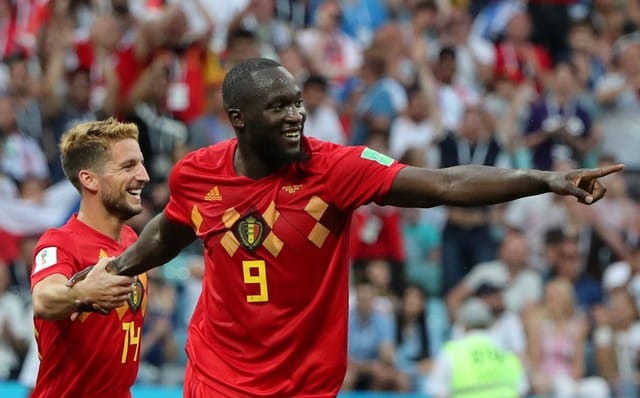 Belgium go into Monday’s World Cup last 16 match against Japan full of confidence but wary that relying on individual talent against similarly well-organised but less fancied teams has cost them dear in the past.

The two teams come into the knockout phase off the back of very different performances — Japan embarrassingly strolled through a 1-0 defeat by Poland to advance by having fewer yellow cards than Senegal while Belgium threw calculations to the winds and saw their second-string beat England’s reserve team 1-0, risking a possible quarter-final against Brazil.

Unbeaten in 22 games, Roberto Martinez’s side can take comfort from a 1-0 victory over Japan in a friendly in Belgium last November in which their goal was scored by Romelu Lukaku, who has netted four times in two games in Russia so far and who is available to face Japan after an ankle injury.

“The opportunity of facing Japan with the mentality that the group has is a very positive moment for us,” Martinez said ahead of Monday’s match in Rostov-on-Don.

Noting Japan had dramatically changed their coach since last year’s friendly — Akira Nishino was brought in just two months ago — he praised the side which beat group winners Colombia in their opening match. “They’re going to be a competitive team,” he said. “They know how to hurt you in a counter-attack.”

Nishino has promised a better performance than the antics in the later stages against Poland. “(Fans) were short-changed 10 minutes and they probably got a bit less mileage than usual out of the first 80,” he said. “So I want to pay people back.”

After many changes against Poland, the Samurai Blue, who have twice reached this stage but have never gone further, should revert to a lineup including captain Makoto Hasebe, Borussia Dortmund’s Shinji Kagawa and Yuya Osako up front.

It is the first big competitive test of Martinez’s two years of trying to turn a “golden generation” of individual talents with big egos at club level into a national side which can finally live up to its top-five FIFA world ranking.

With nine goals and nine points from their three group games, the Belgians are going into the final stages buzzing — and refusing to regret a win over England that leaves them in what looks a much the tougher half of the draw, which includes Brazil, France and Belgium’s World Cup nemesis Argentina.

“There’s a real belief,” the Spaniard said. “There is no margin of error… But we’re going to do what we believe in.”

Dries Mertens, who is likely to be back alongside Eden Hazard in support of Lukaku after Martinez fielded a virtual reserve team against England, said the players were well aware that they had come up short in the past four years.

The Red Devils scraped through at this stage of the 2014 World Cup against the United States, winning 2-1 after extra time, midfielder Dries Mertens recalled, then lost the quarter-final 1-0 to Argentina.

“And remember the Wales game,” he said of their 3-1 Euro 2016 quarter-final loss. “Everyone thought we’d go through – we went out. We have that on our minds and it gives us strength.”