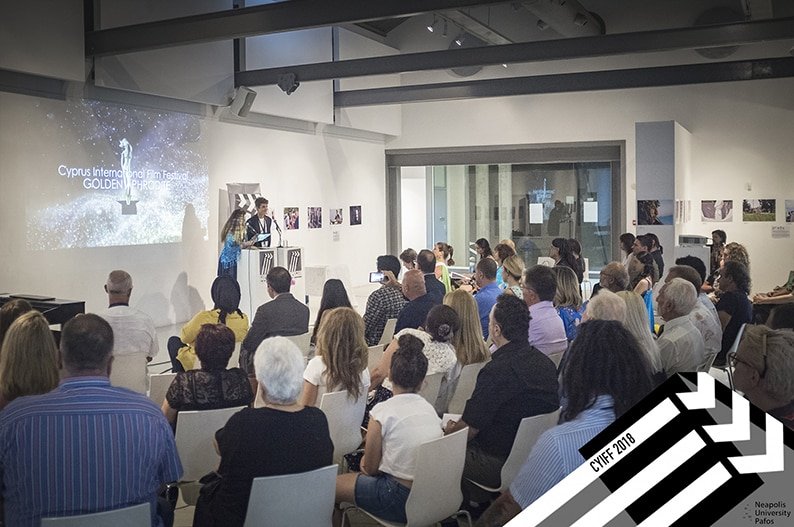 Awards ceremony at the film festival on Sunday night

FILM makers from all over the world were honoured at the 13th Cyprus International Film Festival (Cyiff) awards ceremony held at Palia Ilektriki in Paphos on Sunday evening.

Short and feature films of all genres competed in main categories including, ‘Cyiff got talent’ for first and second time filmmakers and a veteran’s category for more experienced filmmakers.

She also won best director in a first feature film, an honour she shared with Yuez Zengs’ ‘Feeling you’ (China).

‘Got talent’ in cinematography went to Jana Nedzvetkaya, (Russia), for ‘Exodus 20’, while the category’s best director was won by Russia’s Suro Jr for ‘Thursday’. The best short film in this category was awarded to Turkey’s Zeynep Koprlulu for ‘Dancing Girls’.

In the veteran’s categories, best cinematography in a short was won by ‘Ane and the stars’ for Carlos Alastruey (Spain) and best short veteran director, the UK’s Nick Blair, for ‘The Academy’.

Best feature documentary was won by Kate McIntyre Clere, Michael McIntyre, (Australia-China) with ‘Kangaroo’ and best cinematography in a documentary feature film was won by Bejay Browne (Cyprus) for ‘Life begins at 90’.

The programme opened with classical music by students from Tatiana Stoupak school of music and was presented by festival founder, Petra Terzi,and Stefanos Theofylaktos.

Numerous overseas filmmakers visited Paphos to participate in the week long parallel programmes and remained in the town to attend the ceremony. Dignitaries and special guests were also in attendance, including: George Sophocleous, of Paphos municipality’s cultural committee, the attaché of India to Cyprus, Suresh Kumar Sharma, the first counsellor of the Embassy of Iran in Cyprus Hamid Reza Anvari, painter Chrysanthos Othonos,  ndrea Evlavis, of the Paphos Green party, Solon Xenopoulos, the dean of the school of architecture at Neapolis University and Carol Bidault de l’Isle-producer and member of the veterans’ jury.

Further information can be found at: http://cyiff.cineartfestival.eu/en/