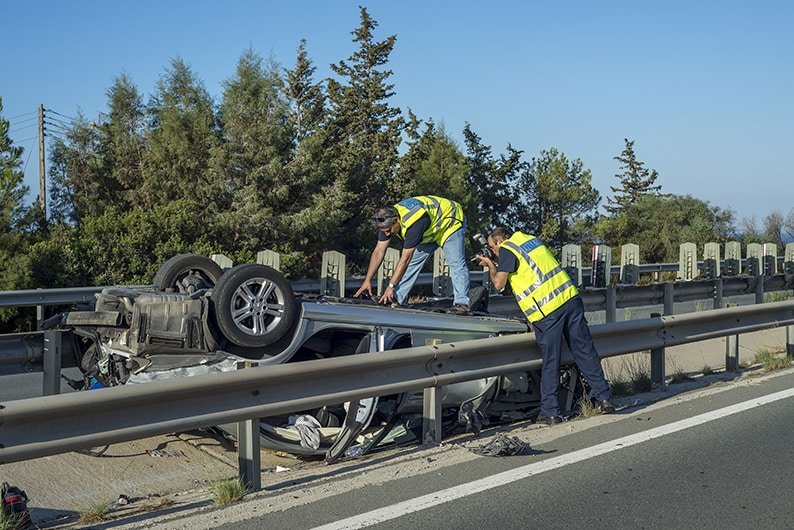 Police on Monday intensified their media awareness campaign on the importance of seat belts following another fatal road accident on Sunday that claimed the lives of two 11-year-old girls.

Neither of the two girls had a seat belt on, police said. They stressed once more that seat belts “save lives” following the deaths last week of a man and a five-year-old girl who were both thrown out of cars in two separate accidents following collisions. Neither had been wearing seat belts.

Police also called for the introduction of traffic cameras, which the permanent secretary of the transport ministry said on Monday is set for 2020.

The two 11-year-old girls were killed at around 4.30am on Sunday when the car they were in, driven by a 40-year-old woman, overturned and ended up on the central reservation of the Limassol to Nicosia highway.

The driver, the mother of one of the girls, and two other passengers, boys aged 14 and 15 did not sustain any serious injuries.

According to the assistant chief of Limassol police Phillipos Papailia, the children were from different families and were being driven home, to Paphos from Larnaca airport after an educational trip overseas.

The driver lost control of the car and it travelled for 50 to 60 metres down the highway, overturning before coming to a stop within the central reservation. The two girls were killed instantly, one of them being thrown from the car.

The police deputy traffic chief, Haris Evripidou told Sigma TV on Monday that, as the car’s cabin was not badly damaged, if the girls had seat belts on, they might not have had sustained fatal injuries.

He said that they were examining whether the driver had fallen asleep due to exhaustion.

Director of traffic police, Spyros Spyrou, reiterated on Monday that “seatbelts save lives.”

Speaking to state broadcaster CyBC TV, Spyrou also made a plea to drivers who feel tired while on the road to pull over and call someone else to drive them to their destination.

“A blink of the eye is enough sometimes for a mishap,” he said.

He also said that it was necessary for traffic cameras to be installed “yesterday”.

Permanent secretary of transport ministry, Alecos Michaelides, said on Monday on CyBC TV, that traffic cameras are expected to be up and running in 2020.

Traffic cameras had been installed in 2006, helping cut down traffic collisions by 53 per cent but technical issues and subsequent legal problems meant their removal and considerable delays in installing new ones.

The installation of 110 cameras across the island was discussed as early as 2015 when the transport ministry said they would be implemented by the end of the year.

Last week, a five-year-old girl and a 38-year-old man died in two separate road accidents in Larnaca and Limassol.

Thirty-eight -year-old Zacharias Evripidou, who was not wearing a seat belt, was killed on June 25 when his car overturned on the road after clipping the side mirror of another vehicle coming from the opposite direction, on his way from Platres to Limassol. He was thrown from the car when it flipped onto its side and died at the scene. His two children, a boy, six, and his nine-year-old daughter, who had seat belts on, were injured.

Later the same day, five-year-old Maria-Christina Demetriou was killed after her family’s vehicle, driven by the father,36, collided with another car and overturned on the Famagusta to Larnaca motorway. The girl was thrown through the window of the pickup truck following the collision. Her mother, 35, and three-year-old brother were also seriously injured. In the car was also her older brother, aged nine, who was slightly injured. None of the children wore seatbelts.

In a bid to raise public awareness, police said on Monday that between 2013 and 2017, 245 people died in road accidents and 2,045 were seriously injured. Another 3,158 were slightly injured.

These numbers, police said, “paint the picture of our road behaviour”, calling for an immediate change in mindset.