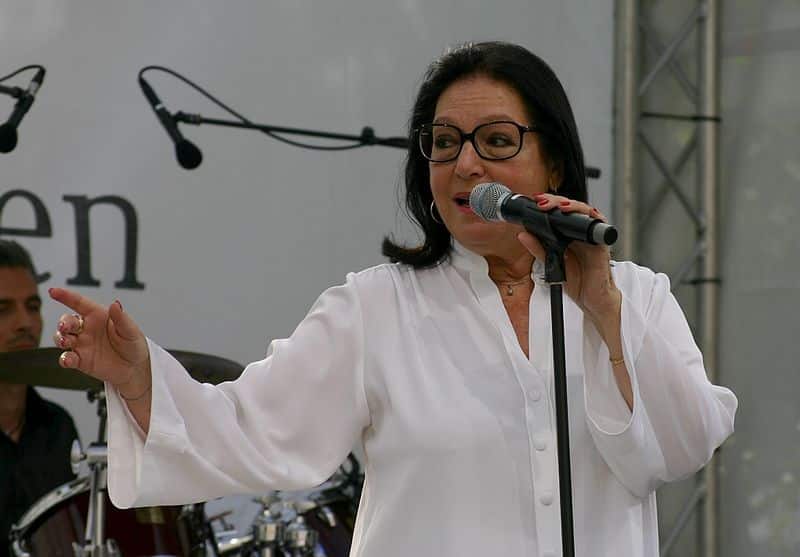 A pioneer of World Music will perform a special concert at the Presidential Palace on Sunday and show why Only Love is what has been keeping Nana Mouskouri alive for 60 years.

The concert, which is part of her world tour in Europe, America and Canada, will be performed in support of the non-profit organisation Hope for Children.

Mouskouri, from Crete, has released over 200 albums and singles in ten different languages in the course of her career. Her incredible voice took Greek music to some of the most important theatres around the world, such as the Royal Albert Hall in London and the Lincoln Centre in New York. She became well-known throughout Europe with the song The White Rose of Athens, which was firstly recorded in German as an adaptation of the Greek song San Sfirisis Tris Fores (When You Whistle Three Times). It became her first record to sell over one million copies.

With more than 10,000 performances all over the world under her belt, she will come to the island after a performance at the Herodion in Athens and continue to sing about her myth – the title of the tour. Her myth started with a Paper Moon that guided her to the shore where she found her muse in the songs of Manos Hatzidakis, in the lyrics of Nikos Gatsos and the great performances of Melina Merkouri. With these great artists still guiding her, Mouskouri will sing some of her favourite songs.