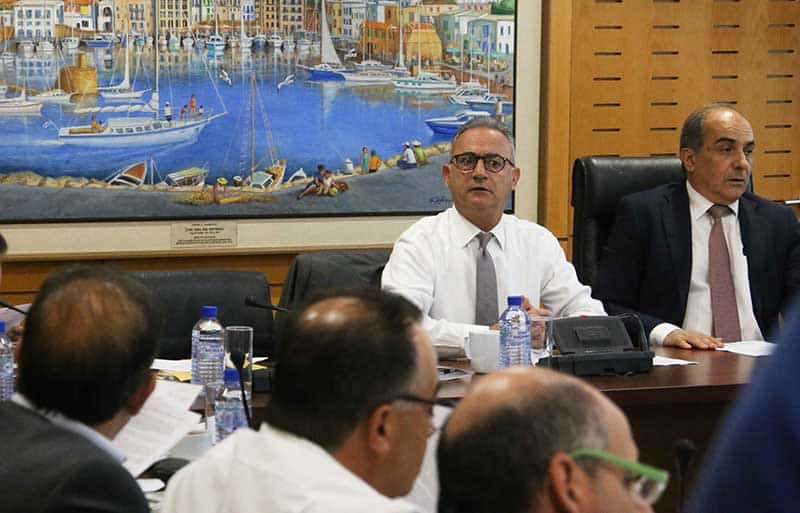 Banks and the legislature appear to have to struck a gentlemen’s agreement that will resolve the matter of home buyers without title deeds, it emerged on Tuesday.

In return for the approval of bills that would make it easier for banks to collect their dues, the bank association agreed on Tuesday not to raise any objections over the issue of buyers trapped without title deeds as long as the transaction was done in good faith.

“We acknowledge the effort the country and parliament are making and in turn we must also contribute,” Christakis Patsalides, chairman of the association, told the House finance committee.

In a bid to sort out the so-called trapped property buyers mess, parliament in 2015 passed a government bill granting the head of the land registry the authority to exempt, eliminate, transfer and cancel mortgages and or other encumbrances, depending on the case and under certain conditions.

The law sought to resolve the problems created by the failure to issue title deeds to people who had paid for their property, either because the property was mortgaged by the developer, or the state could not go ahead with the transfer because of outstanding taxes.

Since developers’ land and buildings were counted as assets that need to be offset against their debt to banks, this gave lenders a claim on people’s properties that had been mortgaged by developers.

However, following a string of court decisions in cases where banks objected to the law, the land registry suspended procedures, as authorities contemplated their next move.

“If a buyer has fully paid off his flat in good faith, irrespective of whether the developer continues to owe to the bank, the bank will stop the objections, appeals, and court procedures and will give their consent to these owners,” Neophytou said.

He added that it was an important day for thousands of Cypriots and foreign nationals because they can finally get a deed provided the transaction was in good faith without deception or fraud involved.

The deal is essentially a gentlemen’s agreement since legislating would violate the constitution. Members of the committee appeared reserved as to whether the banks would honour it.

“No one has seen Averof’s rage, let them dare breach their pledges and this rage won’t be limited to shouting but sanctions,” Neophytou warned.

The banks also agreed before the committee not to chase one single guarantor when one of them dies or goes bankrupt, but to distribute their share among the others.