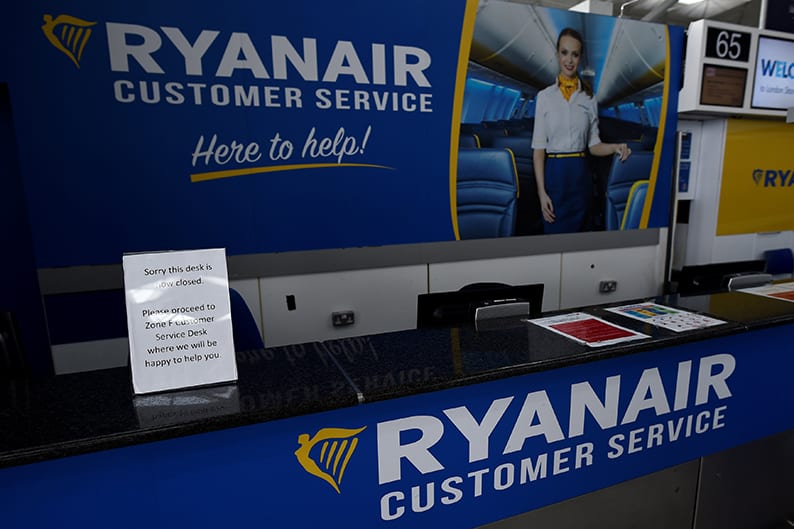 Ryanair pilots who are members of its Irish trade union will go on strike for the first time on July 12 after the union said on Tuesday the airline had failed to meet demands over new working practices.

Europe’s biggest budget carrier averted widespread strikes before last Christmas by deciding to recognise trade unions for the first time in its 32-year history, but has since struggled to reach agreement on terms in some countries.

Ryanair, which flies in 37 countries and carried 130 million passengers last year, has so far signed agreements with pilots in Italy and Britain, two of its largest markets, but also experienced minor disruption in Germany and Portugal.

Ryanair pilots eligible to vote in a ballot called by the Forsa/IALPA trade union, which does not include contractors, backed the call to engage in industrial action and will strike for 24 hours next week.

The union, which said 94 of the 95 ballots returned were in favour of industrial action, has advised Ryanair that it will notify it of additional strike days in due course but also remains available and willing to engage on the issues.

A spokesman for Ryanair was not immediately available for comment.

While Ryanair has also had success in Britain and Italy signing recognition agreements with cabin crew, some of its crew will gather in Dublin on Wednesday to demand better conditions in their first pan-European summit.

At the same time, it faces the threat of strike action in Germany where pilots have until the end of July to vote on whether to stage further walkouts. Their union will continue negotiations in the mealtime, it said on Monday.

Ryanair Chief Executive Michael O’Leary warned investors in May that he could not rule out the possibility of strikes and would face any action down.

Share in the airline, which are down 21 per cent from an all-time high last August before it had to cancel 20,000 flights over a rostering fiasco, triggering the pilot unrest, were 0.3 per cent higher at 15.54 euros by 1450 GMT.