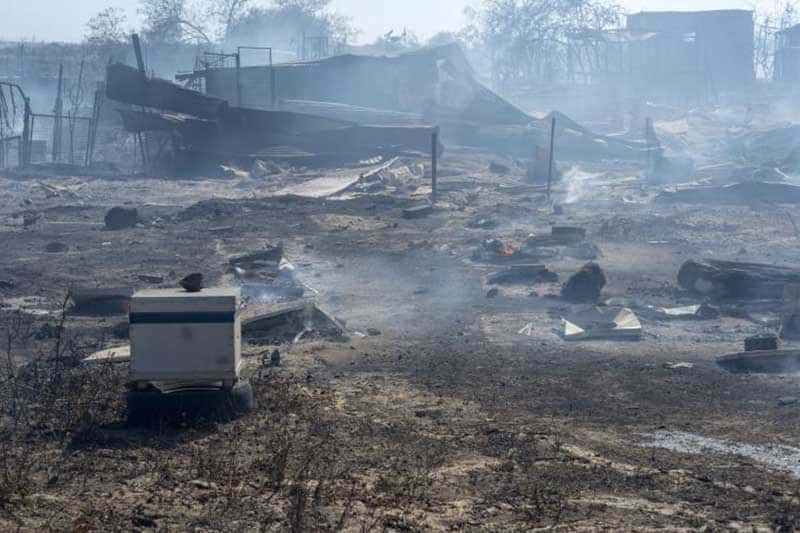 A 51-year-old man was remanded in custody for two days on Tuesday in connection with a fire at a Polemidia property on Saturday that destroyed scrub and killed animals.

He was arrested on Monday in connection with fire caused by a negligent and reckless act charges. He is believed to have been working in the area the fire starting, making a roof.

He admitted to being in the area at the time but said that as soon as he realised there was a fire worked with two other unknown people who later left to put it out.

Another three people were arrested earlier for their involvement in the case.

On Sunday the 43-year-old man who was operating an electric tool from which the fire started was remanded for four days.

The suspect, who arrived at court without a lawyer, denied involvement in the case.

Initially police had arrested the 51-year-old owner of the affected farm and his 45-year-old wife as during the course of their investigations both people had been named and the woman is believed to have given false information to the police.

The 43-year-old had undertaken, on behalf of the couple, to build an extension to the farm and according to witnesses he had used an electric tool during his work which started the fire.

The fire, which was brought under control at 5.25pm on Saturday destroyed half a square kilometre of land, some olive and carob trees, the farm buildings, farm animals and two parked cars.

A total of four helicopters belonging to government services plus two from the British bases helped fight the blaze.