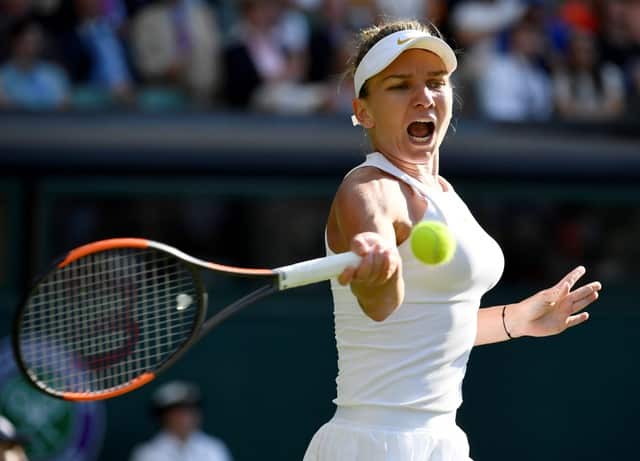 Women's world number one Simona Halep, who moved easily into round two, said seeds were even more vulnerable at Wimbledon where players often arrive with little grasscourt practice

After an opening two days in which seeds perished in the hot Wimbledon sunshine there was some respite on Wednesday as several favoured players eased into the third round.

An unprecedented 11 men’s seeds and 10 on the women’s side, including four of the top eight, failed to make it past the first round at the All England Club.

With the number of seeds set to drop from 32 back to 16 at Grand Slams from next year the rate of attrition will slow.

American Madison Keys, the 10th seed, made sure she was not amongst the casualties when she beat Thailand’s Luksika Kumkhum 6-4 6-3 on Wednesday and there were also wins for ninth seed Venus Williams and number seven Karolina Pliskova.

While the loss of former champions Petra Kvitova and Maria Sharapova on Tuesday, not to mention Keys’s friend Sloane Stephens the day before, surprised many, Keys said it just proved the high level of the field.

“I think it just shows the depth of women’s tennis right now,” the 23-year-old told Reuters.

“I think at the beginning of a tournament, you’d never know who’s going to win. There are no 100 percent winners anymore. I think every single match is competitive.”

While 23-times Grand Slam champion Serena Williams remains the benchmark for women’s tennis, the scramble to take advantage of her maternity leave backed up the Keys argument.

“There’s just an abundance of talent but it’s very unpredictable at the top,” three-time Wimbledon champion Chris Evert said on the eve of Wimbledon where she is working as a summariser for broadcaster ESPN.

Women’s world number one Simona Halep, who moved easily into round two, said seeds were even more vulnerable at Wimbledon where players often arrive with little grasscourt practice.

The men’s draw has already lost sixth seed Grigor Dimitrov, 10th seed David Goffin and number seven Dominic Thiem, the latter because of an injury during his match. French 17th seed Lucas Pouille was cast aside on Wednesday by Austrian qualifier Dennis Novak, ranked 152 places below him.

American Sam Querrey, seeded 11, and Canada’s Milos Raonic, the 13th seed, both rolled through to the third round though.