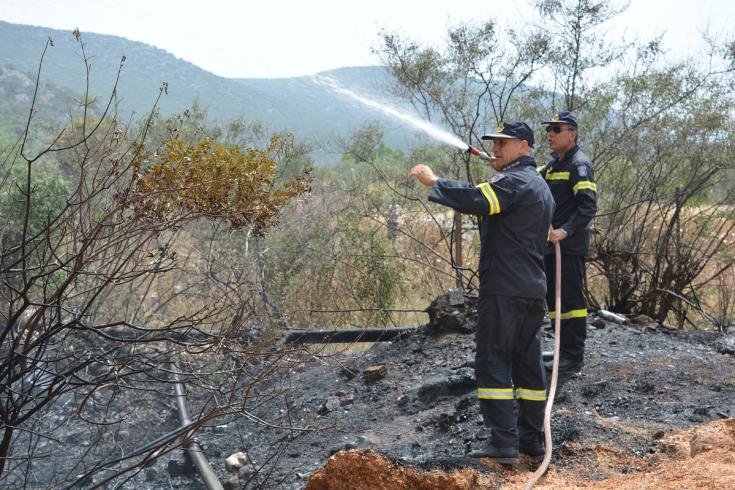 Temperatures are forecast to reach a scorching 40C on Wednesday, and remain at these levels till Friday.

In view of the heatwave, and given that the risk of fires breaking out is extremely high the forestry department has issued a ‘red alert’ warning, asking the public for cooperation and urging them to avoid all activities which are likely to cause a fire.

Already a number of fires have been caused by discarded cigarette butts, operating spark producing machinery or by burning materials outdoors.

The department stressed that burning of wild vegetation and garbage is prohibited and the use of machinery which may produce sparks or flame such as angle-grinders should be avoided.

However people who must use such tools need to take preventive measures such as clearing the area from dry vegetation and other flammable materials. They are also urged to inform their nearest fire station for supervision.

The forestry department also asks the public to exercise extreme caution to prevent fires starting from the fumes of outdoor electricity generators or water turbines.

The announcement also pointed out that lighting fires for a barbeque is allowed only in dedicated spots at designated picnic sites.

Anyone who notices smoke or a fire burning in or near forests is urged to alert the nearest fire station, call the forestry department on 1407 or the fire services at 112 immediately.

The Met office has also published a yellow weather warning, telling people to stay indoors whenever possible during the day, especially in the afternoon.

Due to the high temperatures the health services on Wednesday urged the public to take measures to protect themselves.

Particularly vulnerable are infants, the elderly and pregnant women.

People suffering from chronic diseases are advised to consult their doctors for measures.

Other sensitive groups are the obese, people not used to working in a hot, sunny and humid environments and those taking medications such as diuretics.

“Air conditioning should be used especially during the hottest hours of the day. During the night, it is good to keep the windows open,” the statement said.

“Never leave infants or children in the car. The temperature can rise dangerously in just a few minutes, even if the windows of the car are open.”

King of the waves to be crowned in Larnaca