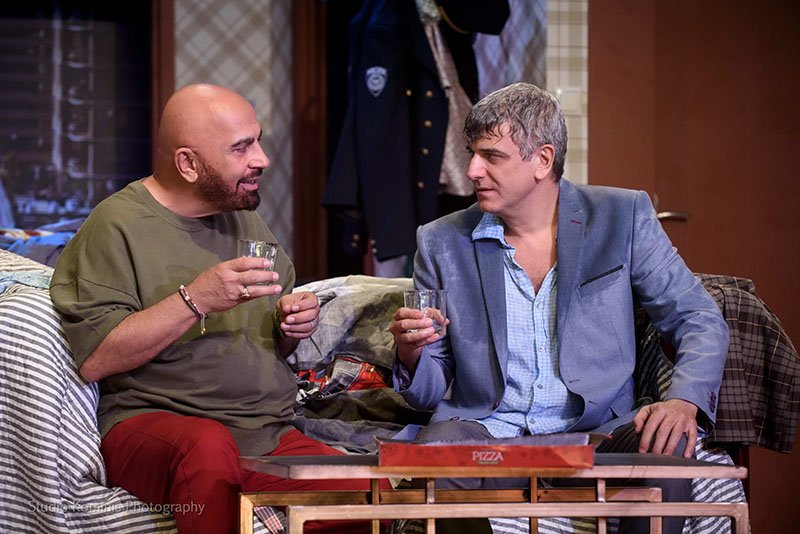 The Greek comedy play to cool us down during the summer months, according to the tagline, will be The Odd Couple by Neil Simon starring Giannis Zouganelis and Vladimiros Kyriakides.

Sounding very familiar to the comedy series on CyBC2 at the moment – that involves two friends who live together after their wives kick them out of the house – this story revolves around Felix Ungar, a neurotic, neat freak news writer who gets thrown out of his house by his wife, and moves in with his friend Oscar Madison, a sloppy sportswriter. As you can see their lifestyles don’t make for the ideal housekeeping circumstances.

Despite Oscar’s problems – careless spending, excessive gambling, a poorly kept house filled with spoiled food – he seems to enjoy life. Felix, however, seems utterly incapable of enjoying anything and only finds purpose in pointing out his own and other people’s mistakes. Even when he tries to do so in a gentle and constructive way, his corrections and suggestions prove extremely annoying to those around him. Oscar, his closest friend, feels compelled to throw him out after only a brief time together, though he quickly realises that Felix has had a positive effect on him.

Lidl Cyprus to stop selling plastic straws by end of 2019