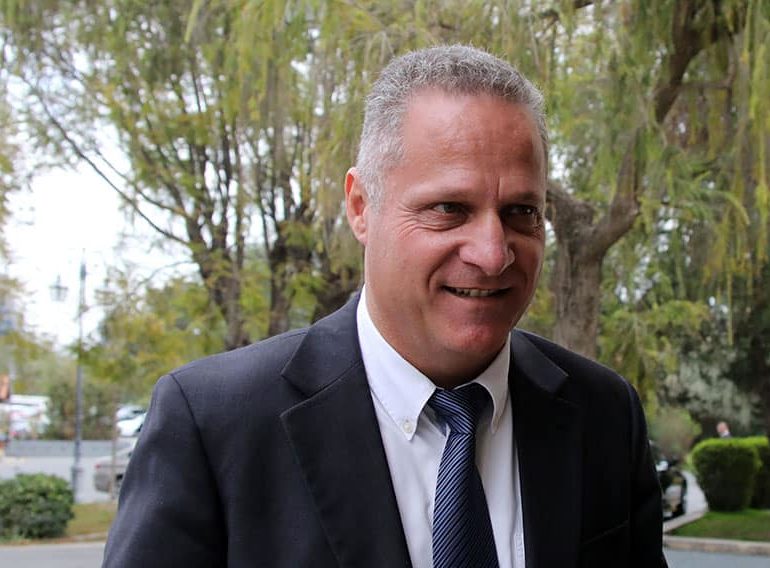 Primary and secondary education teachers’ unions will meet in a joint session on Monday to determine their response to new measures to be introduced into public schools without – they say – their own feedback.

They said their reaction would be ‘proportional to the provocative, unacceptable and unsubstantiated decisions taken’.

Earlier on Thursday, Oelmek called Education Minister Costas Hambiaouris a liar and incapable of dialogue over cabinet approval of proposals to streamline the use of teachers, including abolishing exemptions from teaching hours for trade union activity and extra-curricular activity.

The union said the cabinet decision was taken on Wednesday unilaterally and without studies to back it.

Cabinet also approved the discontinuation of the standard practice of reducing of senior teachers’ teaching according to their years of service and form teachers’ time by 50 per cent due to their extra tasks.

According to data reported by state broadcaster CyBC, quoting sources from the education ministry, exemptions of state educators from teaching for various reasons cost the tax payer around €22 million per year.

Senior teachers’ reduction of their teaching hours due to age cost the state another €10m, while trade union officials’ exemptions from their teaching duties cost the sate another €750,000 per year as 22 reserve teachers are called in to cover the teaching time for 68 teachers involved in trade union duties. The total annual budget of the education ministry is €1.7 billion, of which only €30m is spent on development projects, CyBC said.

It also said that the government is determined to carry on with the streamlining in education based on studies carried out in 2016. A dialogue with the unions is expected to start on Friday.

Unions however, refuse to back down.

“He uttered the nonsense that 90 per cent of the education ministry’s budget goes on salaries,” Nicolaides told CyBC radio. The real figure, he said, is in fact, 58 per cent.

“The second lie he told is that education expenditure in Cyprus is the highest in Europe,” Nicolaides said, adding that in Cyprus this amounts to five per cent of state pending, whereas the European average is 5.8per cent. But in that five per cent, he said, is also included expenditure on culture and state universities.

Nicolaides said Hambiaouris third lie is that Cyprus teachers’ hours are the lowest in Europe. “The average in Europe is 500 hours per annum, while in Cyprus it is 570,” Nicolaides said. “Therefore he is wrong and is intentionally being misleading.”

Nicolaides also accused Hambiaouris of being ‘a champion’ in wasting state funds, as he has garnered around him ‘a platoon of seconded officials – friends and stooges’ since he took office.

He said he questions Hambiaouris’ ability to engage in any dialogue.

“One cannot come to an understanding with him. He has no coherent thought and jumps from one subject to another. You just cannot communicate with him,” Nicolaides said.

Earlier in the week, teachers’ unions said that they do not object to streamlining but called on Hambiaouris to read again the suggestions of the auditor-general.

“Neither the auditor-general nor the attorney-general told the education minister to abolish anything. They are correctly asking him to institutionalise what is not institutionalised,“ the head of primary education teachers’ union Poed, Fylios Fylaktou said in a written statement earlier in the week.

He said that the minister ought to first take such practices to the House or cabinet and have them institutionalised before deciding to abolish them.

Poed, Oelmek and Oltek said that this move undermines the quality of education and that the changes are not backed by studies or evidence.

They had also warned of ‘dynamic reactions’.

Akel-affiliated primary teachers and kindergarten teachers’ association Proodeftiki, warned that unless these proposals of the Anastasiades administration are withdrawn, ‘schools will not open smoothly in September’ and it will be the government’s doing.

Another association, of secondary education teachers – Nea Kinisi Kathigiton – called on all teachers’ unions to shun Hambiaouris and announce strike measures for September.

That would be the second time teachers shunned Hambiaouris. In May, Poed briefly cut off all communication with Hambiaouris in protest over his ‘putting down’ the teaching world.

Wawrinka bows out in second round to Fabbiano

Third seed Cilic stunned by Pella in second round