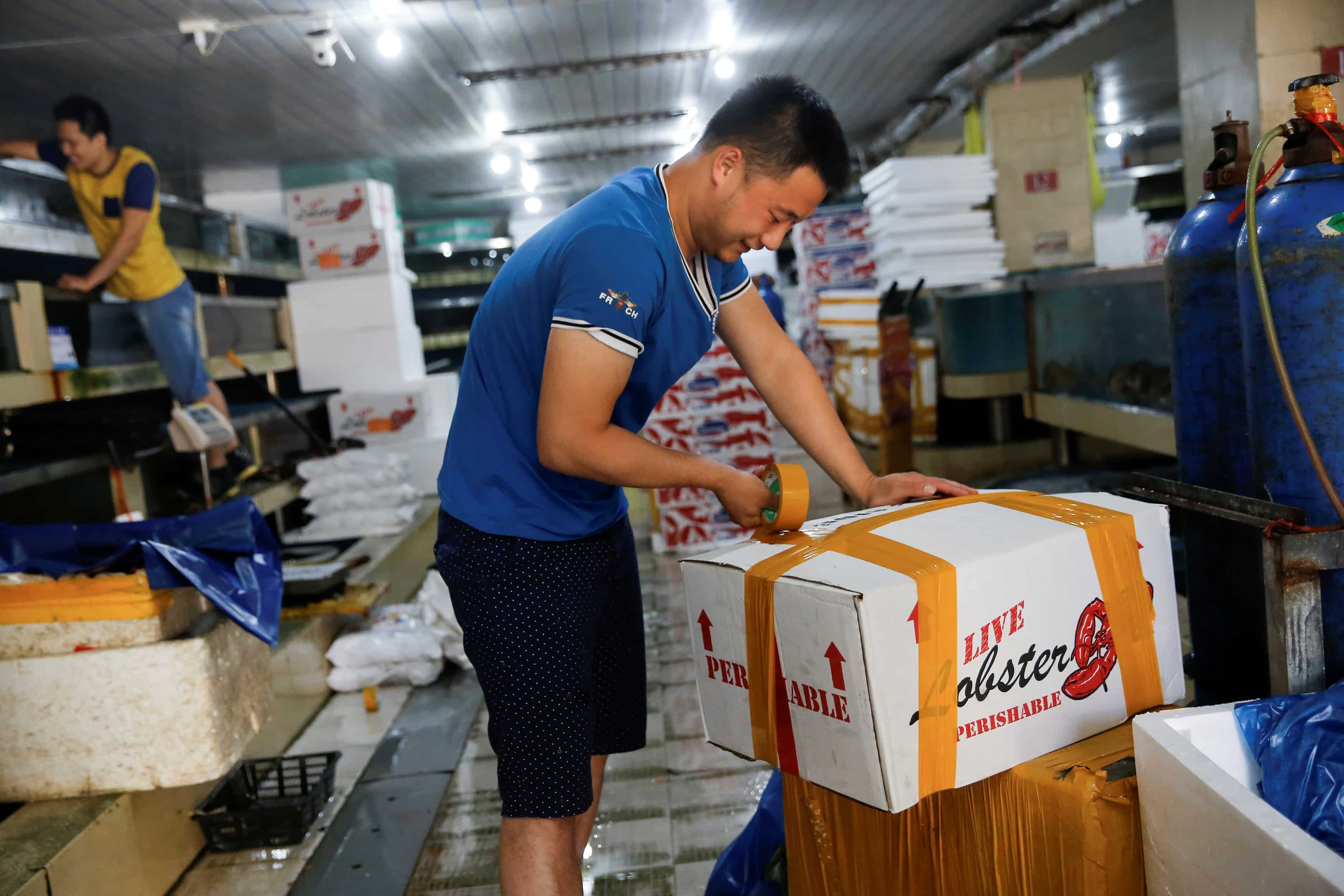 By Elias Glenn and Christian Shepherd

The United States is “opening fire” on the world with its threatened tariffs, China warned on Thursday, saying no one wants a trade war but it will respond the instant US measures go into effect as Beijing ramped up the rhetoric in the heated dispute.

The Trump administration’s tariffs on $34 billion of Chinese imports are due to go into effect at 0401 GMT on Friday, which is just after midday in Beijing.

US President Donald Trump has threatened to escalate the trade conflict with tariffs on as much as $450 billion worth of Chinese goods if China retaliates, with the row roiling financial markets including stocks, currencies and the global trade of commodities from soybeans to coal.

China has said it will not “fire the first shot”, but its customs agency made clear on Thursday that Chinese tariffs on US goods would take effect immediately after US duties on Chinese goods kick in.

“If the US implements tariffs, they will actually be adding tariffs on companies from all countries, including Chinese and US companies,” Gao said.

“US measures are essentially attacking global supply and value chains. To put it simply, the US is opening fire on the entire world, including itself,” he said.

“China will not bow down in the face of threats and blackmail and will not falter from its determination to defend free trade and the multilateral system.”

Asked whether US companies would be targeted with “qualitative measures” in China in a trade war, Gao said the government would protect the legal rights of all foreign companies in the country.

“We will continue to assess the potential impact of the US-initiated trade war on companies and will help companies mitigate possible shocks.”

Gao said China’s foreign trade was expected to continue on a stable path in the second half of the year, though investors fear a full-blown Sino-US trade war would deal a body blow to Chinese exports and its economy.

Foreign companies accounted for $20 billion, or 59 per cent, of the $34 billion of exports from China that will be subject to new US tariffs, with US firms accounting for a significant part of that 59 per cent, Gao said.

Speaking at a separate briefing, Chinese Foreign Ministry spokesman Lu Kang sidestepped a question on whether there had been efforts to initiate new talks with the United States.

“We of course don’t want to fight a trade war, but if any country’s legitimate interests are harmed, then of course that country has the right to firmly protect their own interests,” Lu said.

China’s plans to impose tariffs on hundreds of US goods targets some top US exports, including soybeans, sorghum and cotton, threatening US farmers in states that backed Trump, such as Texas and Iowa.

Chinese buying of soybeans has ground almost to a halt ahead of the duties, while Chinese farmers worry the penalties and tighter supplies will drive up costs, squeeze margins and ultimately inflate retail prices of pork, the country’s top-selling meat.

In the latest sign that the risk of penalties is hitting trade, a vessel carrying US coal and heading for China was diverted on Wednesday to Singapore.

The World Trade Organization warned on Wednesday that trade barriers being erected by major economies could jeopardise the global economic recovery, with their effects already starting to show.

Beijing has made the semiconductor sector a key priority under its “Made in China 2025” strategy, which has shifted up a gear after a U.S. ban on sales to Chinese phone maker ZTE Corp underscored China’s lack of domestic chips.

Chinese stocks slipped on Thursday and the yuan steadied from earlier losses as a targeted cut of reserve requirements for banks took effect amid the heightened trade tensions.

China’s central bank moved to calm jittery markets on Tuesday after the yuan hit its lowest level in almost a year.

Both Chinese and US business sources in China said there appeared to be little hope that the tariffs could be averted.

“I’m afraid not, for now,” said Tu Xinquan, a trade expert at Beijing’s University of International Business and Economics, who has advised the Chinese government.

A US industry source said: “There is a 99 per cent chance that tariffs go into force on Friday.”

“Frankly, I don’t know what action China could take at the moment that would allow the US to not impose tariffs,” the US source said, adding that there was no evidence the two governments had any substantive engagement at the moment that could lead to the shelving of duties.

A senior Western diplomat told Reuters that there was no sign of any talks at the moment between the two countries, even via back channels.

What planet are they on? Press slams Johnson and Cummings