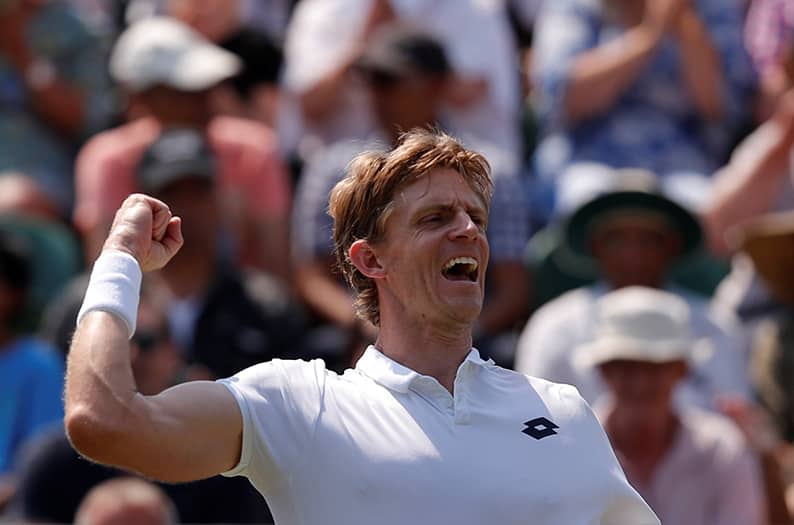 The way he played in his 6-3 7-5 7-5 victory suggested Anderson could go further than ever before at the All England Club.

Anderson, 32, pressured Kohlschreiber from the start and was gifted an early and decisive break as the German double-faulted and he netted a forehand in the second game.

The South African also broke at the start of the second set but Kohlschreiber hit back immediately.

Anderson bided his time and broke at 5-5 with a forehand winner and held for a two-set lead.

He got a huge slice of luck at 5-5 in the third set when his backhand return flopped off the net tape and over to earn him the break and he served out to love, clenching his first and roaring his delight as Kohlschreiber’s return flew long.

Anderson, the only African left in the singles draws, will face either American Sam Querrey or Frenchman Gael Monfils for a place in the last eight.

Djokovic confirms he will compete at Tokyo Olympics