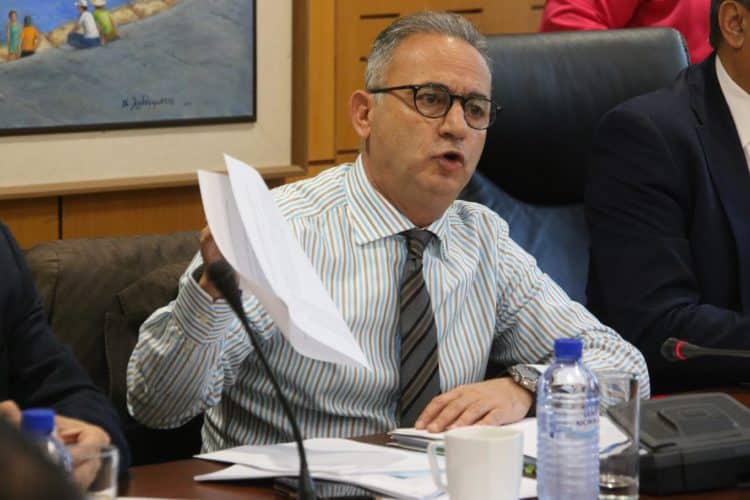 Disy chief Averof Neophytou said Friday his wife and mother-in-law owned shares in a company that has recently acquired a stake in Hellenic Bank, which is set to absorb parts of the co-op bank in the coming months.

Neophytou made the statement before the House finance committee a day after a list was published with the shareholders of Logicom implying he had a conflict of interest.

In March, just days before state-owned Cyprus Cooperative Bank officially announced its intention to sell its operations, Logicom acquired an 18.5 per cent stake in investment company Demetra, which holds a 10.1 per cent stake in Hellenic, for €20.4m.

Following that transaction, Logicom’s stake in Demetra rose to 29.6 per cent.

Neophytou said his wife and mother-in-law became shareholders in Logicom between 2008 and 2011 and their stake was 2 per mille of the company’s share capital of €74m.

“Logicom started buying shares in Demetra Investments a year later, in 2012,” he added. “Since then, neither my wife nor my mother-in-law have acquired any shares.”

Neophytou went on to say that he had loans at the co-op bank and was also a guarantor.

He said any changes to the law affording additional protection to guarantors will not apply to him.