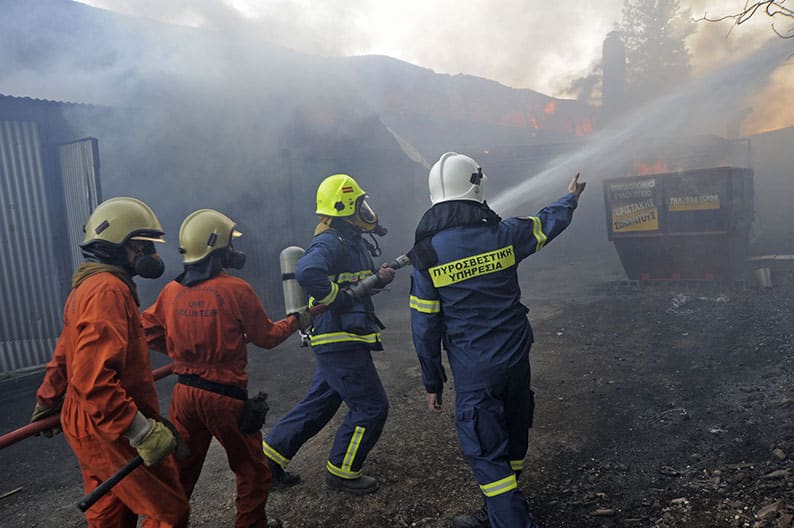 Two men, employees of the Limassol district administration, were charged and released on Thursday evening in connection with the fire which broke out near Kellaki, Limassol, on Thursday afternoon.

According to police, one of them, a 59-year-old man, had been ordered by his 53-year-old supervisor, to cut some dry grass with a machine in the yard of Ayios Ioannis Lambadistis church when the grass caught fire.

The fire started while the fire services were battling another fire near the Limassol district village of Apsiou which was brought under control after burning around six hectares of shrubbery.

The blaze, which broke out at 10am, was brought under control at around 4.30pm.

Half-way through, at 1.30pm, the fire service was forced to divide its aerial forces in two in a bid to tackle the separate blaze to the east, near Kellaki.

Out of the eight water-dropping aircraft operating over Apsiou, four were sent to a new front near the communities of Vikla and Klonari to the east, which erupted at around 1.30pm.

That fire was brought under control in around an hour.

The successful completion of the University of Cyprus law summer school