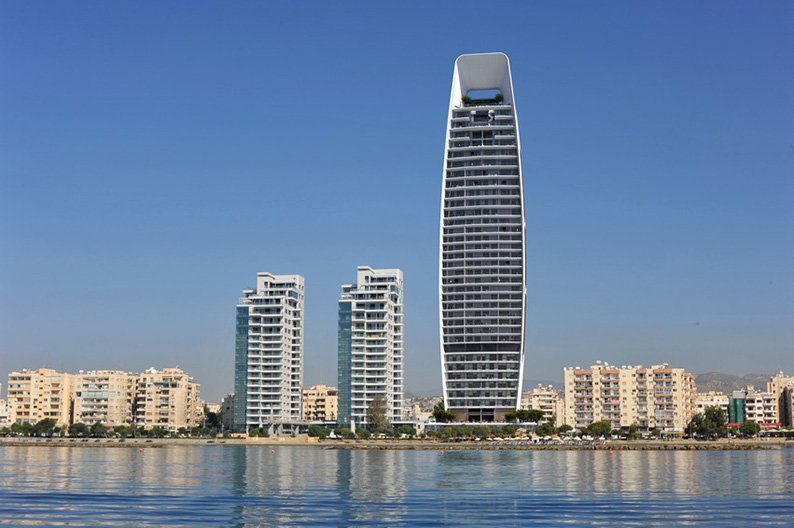 Pafilia's flagship development is ONE, a building of 37 floors on Limassol’s beach front

In a convoluted bid process which has seen the highly anticipated new marina in Paphos being passed from developer to developer, a final decision has given the project to Pafilia.

The bid for the marina, which is due to be built at Potima Bay in Kissonerga, was contested at various stages by the three main interested parties for more than a decade.

“The committee this week sent a letter to Pafilia informing them they have been awarded the project after appraising the submissions. I don’t think this can be challenged as it has all been done legally and according to the ways of the attorney-general,” community leader of Kissonerga George Stylianou told the Cyprus Mail on Friday

Stylianou said there is no ‘wiggle room’ left for the other bids, as all avenues have been exhausted.

However, despite the latest news he said he will ‘believe it when he sees it’.

“There has been so much toing and froing over the last years and as soon as the contract to go ahead is signed and we see something actually happening, we will believe it,” Stylianou said.

A new administrative marina management committee was recently appointed by the council of ministers to examine all documents and paperwork submitted as part of the tender process for the marina.

This followed a successful recourse brought by the Poseidon consortium – a joint venture in which Aristo Developers is a major stakeholder – to the supreme court of Cyprus after their bid was rejected. The court found that the committee responsible for overseeing the Paphos marina tender process was unlawful, making the previous decision void.

In 2017, the then marina committee saw Poseidon lose out to Pafilia developers after the body found that evidence supplied to secure financing for the multi-million-euro project was ‘not satisfactory’. Poseidon then successfully challenged this move.

However, the latest decision sees the marina project now back in the hands of Pafilia.

The marina has a chequered past, even before any construction gets underway. In 2008 the tender was initially awarded to the Cybarco-Pandora consortium, which includes the Leptos Group.

However, the other two bidding consortiums, Pafilia and Poseidon challenged the award at various stages. The project was then frozen after litigation began in 2008.

In December 2015, the supreme court voted in favour of Poseidon but the developer still had to submit proof of funds. Poseidon’s €215 million marina bid was rejected in April 2017 as the committee decided that the consortium was unable to meet the financial criteria. That meant runner up Pafilia, utilising a different design at a cost, could submit its paperwork.

But in December last year, recourse brought by the Poseidon consortium argued that the committee’s move to dismiss its tender and move on to ask Pafilia to commence negotiations was wrongful.

Pafilia’s project has the lowest price tag at around 240 million euros, said the community leader, and will provide room for around 1,000 vessels. There will be no hotel, as there would have been with the Aristo project, but 350 luxury villas will be built.

As soon as the contracts are signed, work must get underway within a year and the project must be delivered, completed, within three years, said Stylianou.

No-one from the Poseidon Consortium was immediately available for comment.

Our View: The new education minister is no teacher’s pet

May wins support from divided UK government on Brexit plan