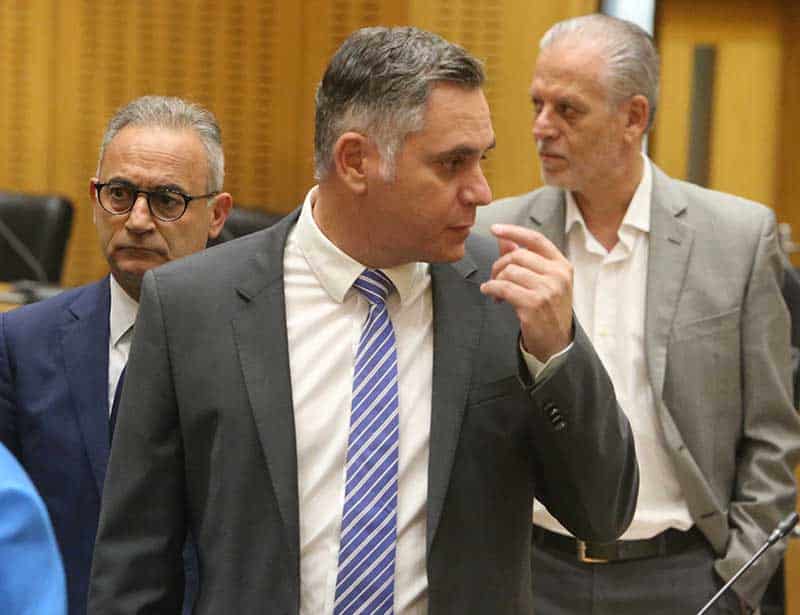 The House plenum approved on Sunday a bill providing for a state guarantee needed for the acquisition of certain parts of the Co-op bank by Hellenic to go through.

The proposal passed with 32 votes for and 20 against. Ruling party Disy, Diko and Edek backed the proposal.

It provides for the right of the finance minister – after informing the cabinet – to offer financial guarantees to organisations when it concerns safeguarding public interest.

The plenary also approved a number of government bills on changes to the foreclosures and insolvency frameworks to make them more effective.

The plenary session followed a week of intensive meetings of the House finance committee but also negotiations between the government and opposition parties to muster support for the bills.

Edek leader, Marinos Sizopoulos, said that his party’s positive vote as regards the state guarantee is not a validation of the government policies but aimed at supporting tax payers and depositors.

The Greens too rejected the bills, with the party’s chairman, Girogos Perdikis, declaring that the government’s so called success story, has proven to be a “fake story” instead as it has been misleading the members of the public. The government, he said, “is asking us to omit the great budgetary cost of the deal and to forget that they have circumvented their constitutional obligation to take the advice of the state Attorney- General for the agreement” but sought the advice of a private law firm that, in the past, was involved in cases against the interests of the Republic of Cyprus.

Akel MP Stefanos Stefanou, reiterated that his party is against the guarantees the government pledged to cover any losses from the agreement with Hellenic, adding that this act is not privatisation. “It cannot even be called a sell-off.” Stefanou blamed the government for withholding information, giving away the “good part” of the Co-op and paying Hellenic on top of it with tax-payers’ money. This move, he said, not only will not stabilise the country’s economy, but will bring out about more problems in the near future.

On NPLs, Stefanou blamed the government and the ruling party that “they cannot step in the simple man’s shoes” and that Akel, while would like to see foreclosures of assets of strategic defaulters, would not pave the way “so that you can attack the simple citizens.”

A small number of protesters gathered outside parliament in the afternoon, to protest against foreclosures and securitisation of loans. The protest was organised by the Movement against Foreclosures. The Greens said that they would too participate.

Attorney-General, Costas Clerides made a plea on Sunday to deputies to avoid submitting and adopting amendments which have not been under scrutiny for their constitutionality.

“In view of today’s vote at the House plenum of a large number of laws, the Attorney-General appeals to all sides, to avoid the tabling and adoption of last-minute amendments that have not been legally and constitutionally studied”, Clerides said in a written statement.

He added that his plea aims at avoiding “the unpleasant situation created in 2016 at the last plenary session, when, in a similar way, 16 laws in total had been adopted, which, after their referral to the Supreme Court, were all found to be unconstitutional.”