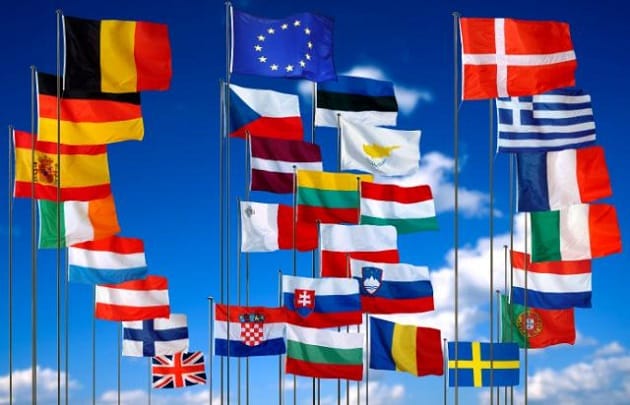 A few Greek Cypriots and Turkish Cypriots have criticised my belief that the survival of Cyprus is conditional on severing the political umbilical cord that connects the island with Greece and Turkey.

The Greek Cypriot critics claim my position implies a rejection of Greek ideals, shows an ignorance of Cyprus’ Greek heritage and questions the “Greekness” of the Greek Cypriots. Turkish Cypriot critics accuse me of being too naive in believing that they could renounce Turkey, a country that has rallied to their support and protected them when they felt that their survival was threatened by the more numerous Greek Cypriots.

Both sets of criticisms are groundless. The Greek ideal of democracy, the ideal of living and operating within a properly defined legal framework, the goal of continuously seeking to enhance the quality of life, the concept of humanism, where the cornerstone of human values is the thinking process that sets human beings apart from other mammals, and the struggle of the human spirit to secure dignity and respect, represent the ideals of Europe to which Cyprus belongs. Nor can anybody question the Greek history of Cyprus, which is documented by indisputable evidence. It follows that the sense of “Greekness” is founded on common ideals. It stems from a common Greek language and it satisfies the need to feel that you form part of a society in which you share the same values with all its other members.

I have the impression that most Turkish Cypriots share and accept the human values set out above, despite the differences in language and, to a lesser extent, religion, because just as the Greek Cypriots are not fanatical Christians nor are the Turkish Cypriots fanatical Muslims.

Given the commonality of fundamental values, shared by the two communities of Cyprus, I do not believe that it is naive to seek to sever the umbilical cord between Cyprus and Greece and Turkey.

The only condition which must be satisfied to secure the necessary consent of the Greek Cypriots and the Turkish Cypriots is to secure the safety of both sides, of freedom of expression and, above all, of the ability to confront and manage the risk of one community attempting to dominate and control the other.

Such guarantees cannot be secured through military resources or by means of “an undertaking to intervene”, on the part of the “mother countries”, which, understandably, will be tempted to serve their own interests (as such interests are defined and interpreted by the governments that are in power at any given point in time). The only organisation in a position to provide the required “comfort” (particularly at the early stage of the process) is the European Union.

It follows that if the European Union is truly committed to supporting one of its member states in its efforts to sever the umbilical cord, by enabling the two Cyprus communities to feel safe and contemplate the future with confidence and optimism, it must act quickly. Clearly, the necessary actions, which could lead to attaining this objective, cannot form the subject matter of a short article. For such plans to be properly developed and bear fruit, sufficient quantities of honesty, good faith, imagination and creativity are necessary. The European Union can and should play the role of the catalyst in this process.

Perhaps, the Greek Cypriots should initiate this virtuous circle with the following simple step. By asking the leader of the Turkish Cypriot community to nominate 2-3 Turkish Cypriot technocrats who – to start with – will have the right to monitor all the deliberations, negotiations and agreements concerning the development of the Exclusive Economic Zone of Cyprus.

It is well known that the transactions associated with this kind of activity often harbour questionable acts. As a minimum, Turkish Cypriot involvement will secure a higher level of transparency in the whole process and will stop the Turkish Cypriot community from making their frequently heard though reasonable complaint that they are kept completely out of the picture.

Lessons for Cyprus from the Bosnian conflict still resonate