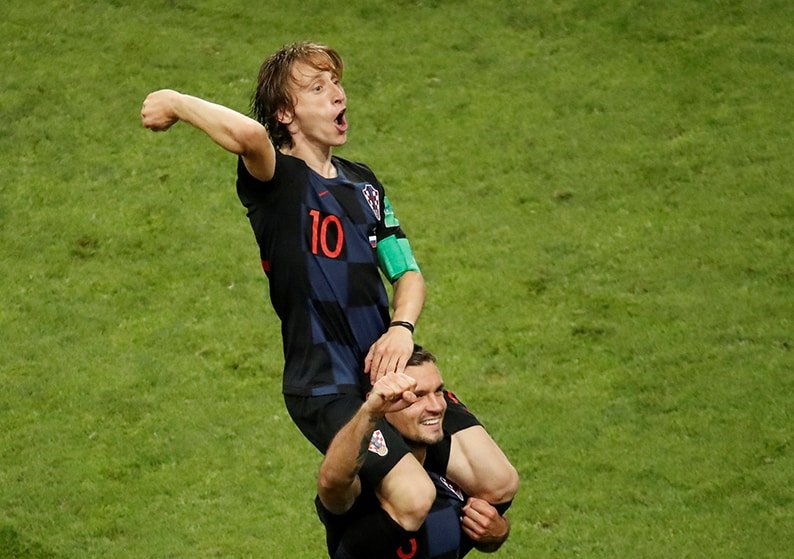 Manager Gareth Southgate has largely stuck to his guns in terms of England’s tactical approach at this tournament but the challenge of a World Cup semi-final against Croatia in Moscow on Wednesday poses him a tricky dilemma.

Croatia have arguably the strongest central midfield pairing of the tournament in Barcelona’s Ivan Rakitic and Real Madrid playmaker Luka Modric, while England have been playing with just one orthodox central defensive midfielder, Jordan Henderson.

Southgate’s system is built to probe for weaknesses via a trio of attacking players operating behind and around striker Harry Kane, with all three expected to contribute to the defensive work when the team does not have possession.

That means Jesse Lingard, Dele Alli and Raheem Sterling — none of whom are noted for the defensive side of their game — must put in the hard graft of closing down space and harrying their opponents.

So far it has worked pretty well. Taking on both massive responsibility and a huge workload, Henderson has been excellent and the attacking trio have helped him enough to ensure he has not been swamped.

But with Rakitic and Modric operating centrally and Andrej Kramaric inclined to drop off behind lone striker Mario Mandzukic, the danger of Croatia dominating the central areas is a very real one for England.

The obvious option for Southgate would be to strengthen that area by bringing in Eric Dier to help Henderson and shore up the middle of the park.

That would mean sacrificing one of the attacking midfield trio, however, which risks upsetting the balance of the formation and reducing England’s effectiveness with the ball.

The impression so far is that Southgate trusts his system and his players, and does not want to let the opposition dictate his approach.

But after two knockout games in which they were favourites against Colombia and Sweden, England now face a high-quality, highly tactical opponent and Southgate must decide if his trusted formation is really suited for such a task.

Another matter of concern for England will be the wide areas, where Kieran Trippier has been outstanding in his attacking wing back role on the right and Ashley Young has done an effective job on the left.

Croatia have attacking quality out wide in Ivan Perisic on the left and Ante Rebic on the opposite flank, both of whom will give England’s full backs plenty of defensive work to do.

Both Perisic and Rebic can cut inside to support Mandzukic from inside left and inside right roles, meaning even more strain on Henderson if he is left unaccompanied.

If Southgate were to bring in Dier, it will be a very difficult decision to decide which of his attacking trio he should sacrifice.

Jesse Lingard has been excellent and is surely a certain starter, leaving the issue as a straight choice between Dele Alli, who scored in the 2-0 win over Sweden but is carrying a knock and was otherwise quiet, and Raheem Sterling.

Sterling caused Sweden plenty of problems, stretching them with his movement on Saturday, but missed a glorious chance and the fact he has not scored for England since October 2015 is a major concern for the most advanced of the trio.

Southgate is loyal to his players and would be reluctant to leave out the Manchester City forward. Nor will he be keen to disrupt a formation which has carried his team to the last four.

But Croatia are, unlike Colombia and Sweden, a team that can dominate possession for long stretches as they seek to exploit defensive gaps.

Plenty then for both Southgate and his opposite number Zlatko Dalic to ponder ahead of their meeting in Moscow.

What the new foreclosure bills mean