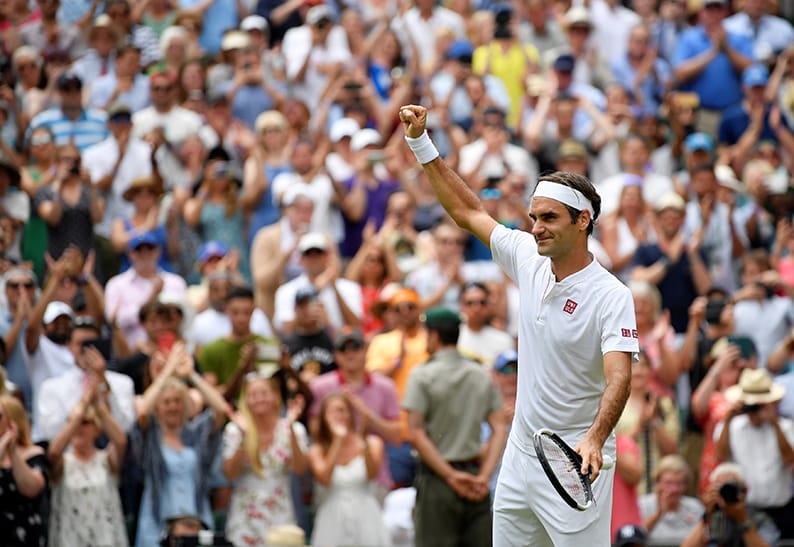 Federer celebrates winning his fourth round match against France's Mannarino

Champion Roger Federer’s pursuit of a record ninth Wimbledontitle gathered momentum on Monday as he reached the quarter-finals with a 6-0 7-5 6-4 win over Frenchman Adrian Mannarino.

Federer was in blinding form during the first set, which blazed by in 16 minutes, but after the Swiss missed four break points in the opening game of the second set, Mannarino made more of a match of it.

The world number 26 became the first man to reach break points against the 36-year-old at the All England Club this year, but failed to convert any of them as Federer made it to at least the last eight of the grasscourt major for the 16th time.

He will next play either another Frenchman, Gael Monfils, or South African eighth seed Kevin Anderson.

Djokovic confirms he will compete at Tokyo Olympics