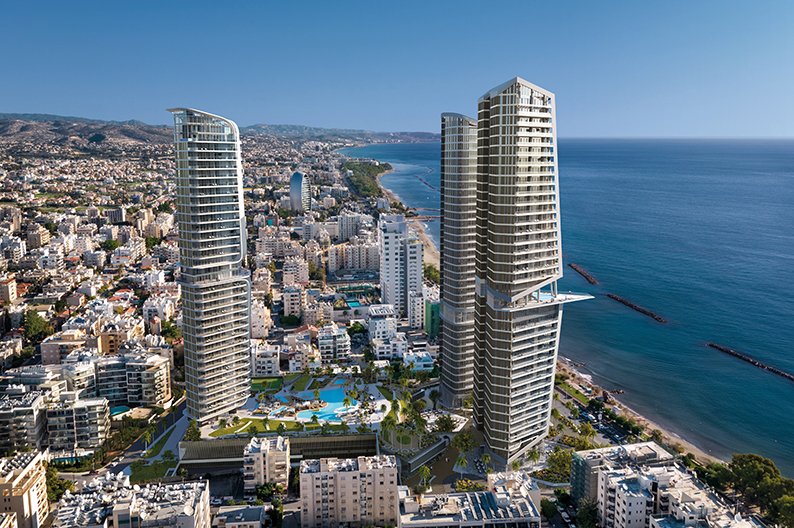 People’s concerns over the growing number of tall buildings are perfectly understandable as the high-rises were presented to the public without the necessary planning or proper criteria in place, Limassol mayor Nicos Nicolaides said in an interview published on Monday.

The controversial topic has polarised public opinion particularly in Limassol where so many have appeared so quickly.

Earlier this year, Interior Minister Constantinos Petrides said in May that in the first three months of 2018 alone, the government issued building permits for 25 high-rise buildings and 60 more are pending, most of them in Limassol

Views are divided with some heralding the financial benefits, particularly from buyers of the properties taking advantage of the passport for investment scheme introduced by the government and the knock-on boost for the construction industry, developers and the wider economy.

Others argue that the environmental impacts are not being taken into consideration nor are the residents who live directly behind the tall buildings whose dwellings and will be cast into the shadows.

In his interview to Politis newspaper, Nicolaides said “tall buildings are neither a panacea nor an anathema.”

Nonetheless he conceded that although there are limits to the number of floors that can be built, provisions in the law allow town planning departments to add up to two floors and if the department head agrees, even more additions.

As a result, apart from some areas excluded from these provisions “there is no limit to the height nor to the number of floors. This is a gap that needs to be corrected immediately,” Nicolaides said.

Asked if it was necessary to have tall buildings in a city, the mayor said that under certain conditions they could be a useful addition.

“Every case needs to be evaluated based on its own unique characteristics.”

One of the municipal council’s most serious concerns is the likely consequences to the environment, particularly to Limassol’s beaches.

“Apart from the separate environmental impact studies of every project, we believe there needs to be a strategic study,” looking at the matter as part of the bigger picture.

According to Nicolaides, the government has responded positively.

“No one can build wherever they like. What needs to happen is an overall approach on what we want, the limits, the height and the criteria.”

Also of concern to the municipality is how people living near these ambitiously high buildings are affected and the aim is to listen to them carefully, seriously and “seek answers and solutions from the investors”.

Nicolaides said pressure was being exerted by all parties but the priority for the municipality was the good of the city.

From caviar to veal tongue, fans get true taste of Russia