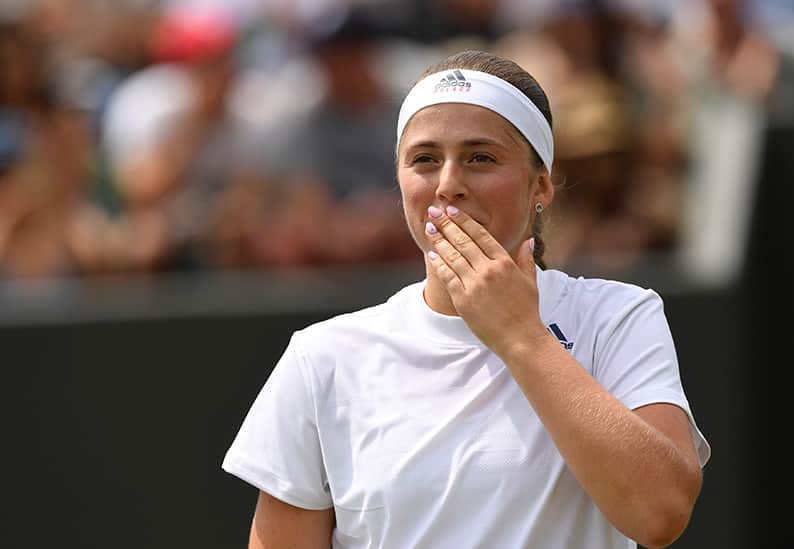 Kiki Bertens completed the demolition of Wimbledon’s top eight women’s seeds with a 6-3 7-6(1) defeat of Czech Karolina Pliskova to reach the quarter-finals on Monday.

Bertens, the first Dutchwoman to reach the last 16 since Michaella Krajicek, sister of former men’s champion Richard, did so in 2007, followed up her win over Venus Williams in the third round with a display of power and poise.

Pliskova, seeded seven, was the highest-ranked player to reach the fourth round after an extraordinary first week of upsets but her hopes of further progress evaporated on a stiflingly hot Court Two.

The tall Czech answered an early break with one of her own but 20th seed Bertens secured a second break with a superb touch volley to move 5-3 ahead and then held with ease.

Bertens built a 4-1 lead in the second set with Pliskova appearing to lack energy at times — occasionally making little attempt to chase balls down.

But Pliskova, who reached number one in the rankings after Wimbledon last year, found some fight and capitalised on a loose game by Bertens that allowed her to break back and level the set at 4-4.

When the set drifted to a tiebreak, Bertens quickly found another gear, firing one superb forehand winner down the line.

An ace took her to 4-0 and there was no coming back for Pliskova. At 6-1 Bertens thought she had over-cooked a forehand swing volley but after Pliskova challenged the call the Hawkeye screen showed it had clipped the baseline.

She celebrated and her watching father puffed out his cheeks in relief. Bertens will play either 13th seed Julia Goerges or Croatia’s Donna Vekic for a place in the semi-finals.