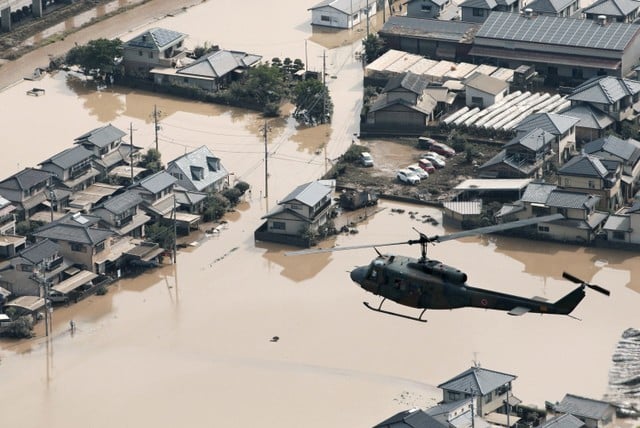 A helicopter flies over Mabi town

Rescuers in western Japan dug through mud and rubble on Monday, racing to find survivors after torrential rains unleashed floods and landslides that killed more than 100 people, with dozens missing.

Prime Minister Shinzo Abe cancelled an overseas trip because of the disaster, a ruling party source said. The trip would have taken him to Belgium, France, Saudi Arabia and Egypt from Wednesday.

Rain tapered off across the region battered by the downpour, revealing blue skies and scorching sun forecast to push temperatures above 30 degrees Celsius (86 degrees Fahrenheit), fuelling fears of heatstroke in areas cut off from power or water.

“We cannot take baths, the toilet doesn’t work and our food stockpile is running low,” said Yumeko Matsui, whose home in the city of Mihara has been without water since Saturday.

“Bottled water and bottled tea are all gone from convenience stores and other shops,” the 23-year-old nursery school worker said at an emergency water supply station.

Nearly 13,000 customers had no electricity, power companies said on Monday, while hundreds of thousands had no water.

The death toll reached at least 110 after floodwaters forced several million from their homes, NHK public television said, the worst flood disaster since 117 people were killed in heavy rains in 1983. A nine-year-old boy was among the dead.

“He always used to come to our house to play games and thingthe s,” a teenaged neighbour told NHK. “It’s very sad.”

Another 79 people were missing, NHK said.

Though continuous rain had ended, officials warned against sudden showers and thunderstorms as well as the risk of further landslides on steep mountainsides saturated over the weekend.

Industry operations have also been hit, with Mazda Motor Corp saying it was forced to close its head office in Hiroshima on Monday.

The automaker, which suspended operations at several plants last week, said the halt would continue at two plants until Tuesday because it cannot receive components, although both units were undamaged.

Daihatsu, which suspended production on Friday at up to four plants, said they would run the second evening shift on Monday. 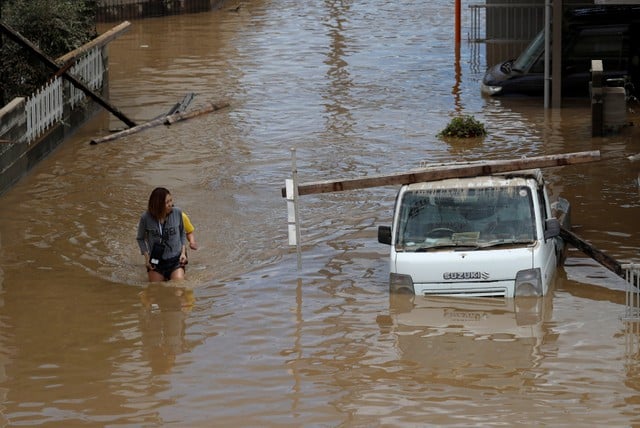 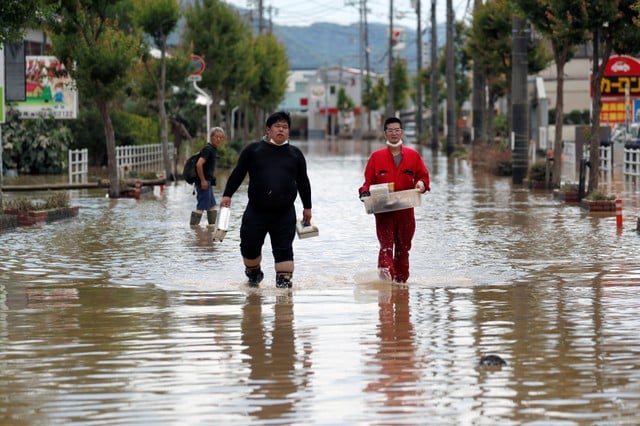 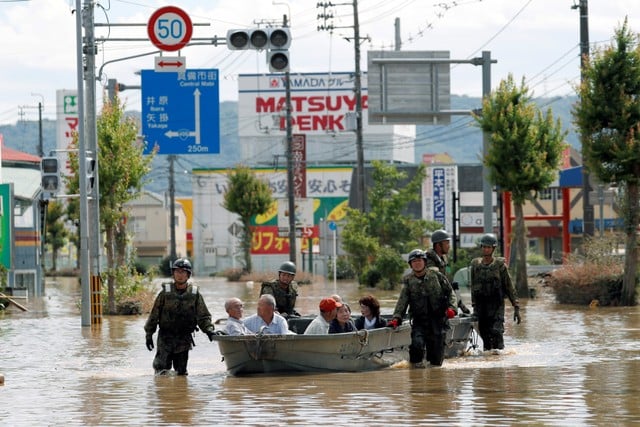 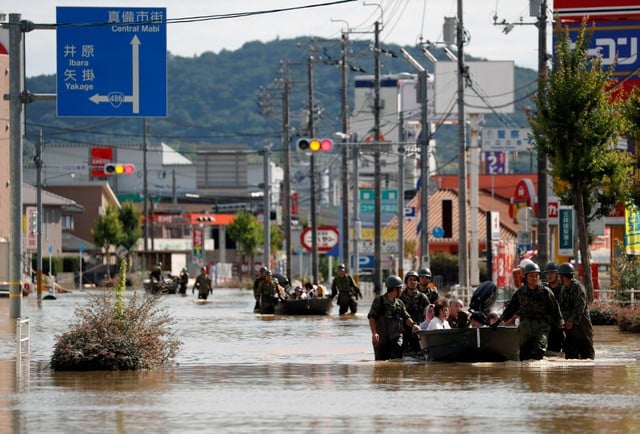 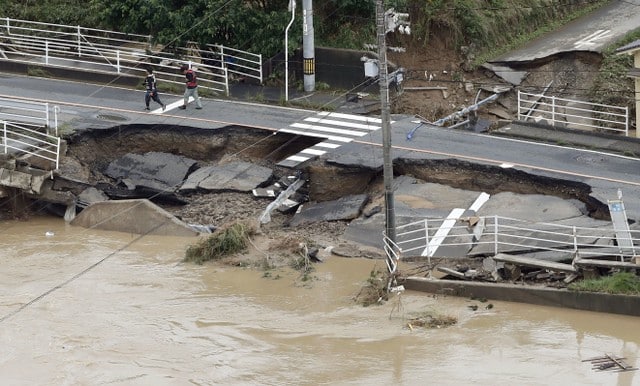 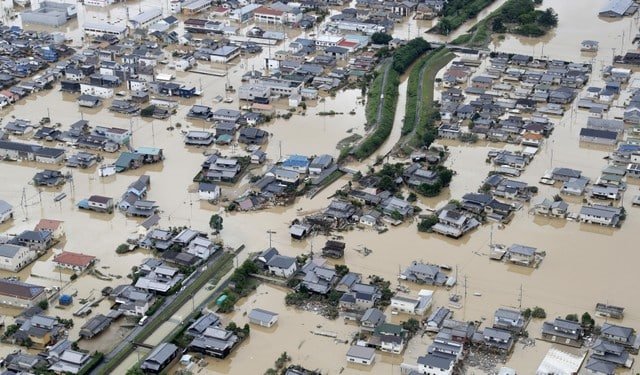 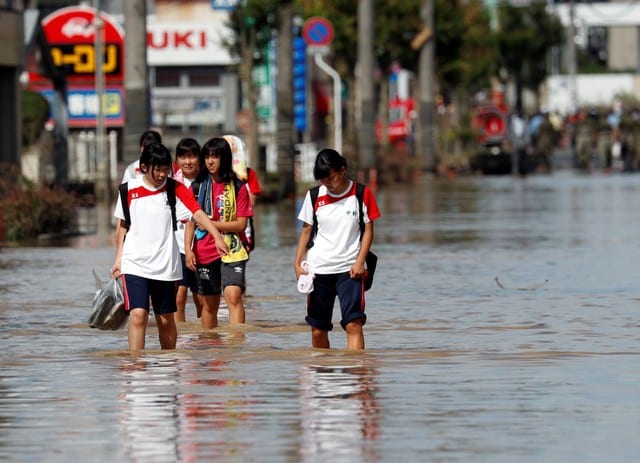 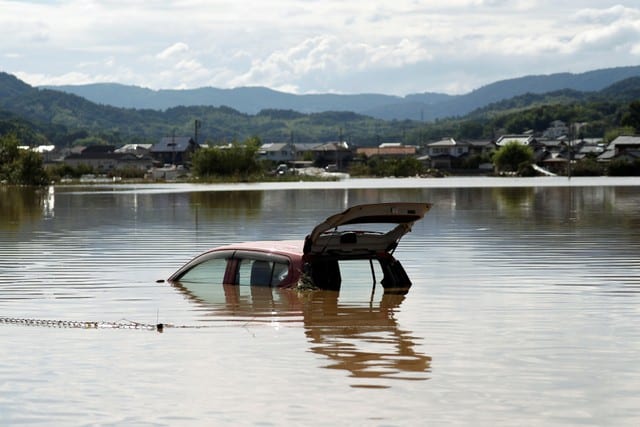 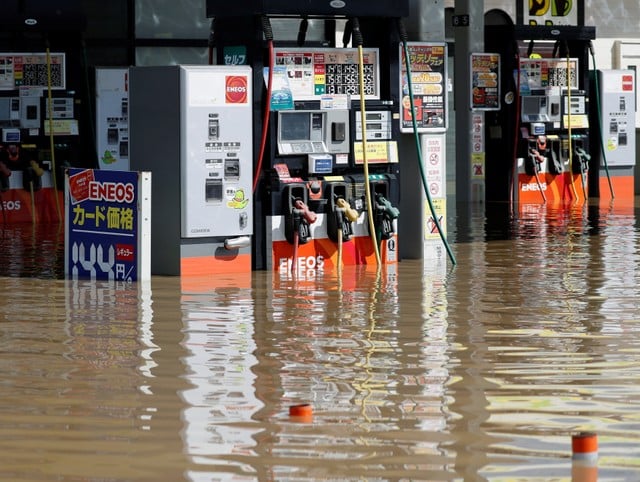 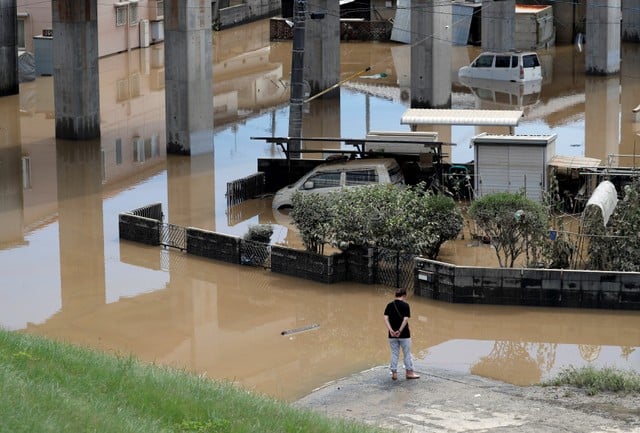 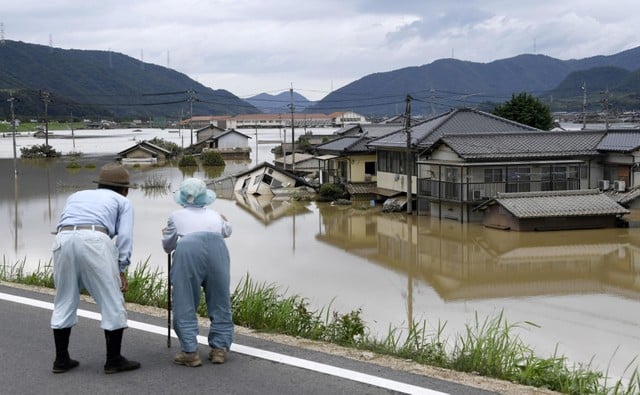 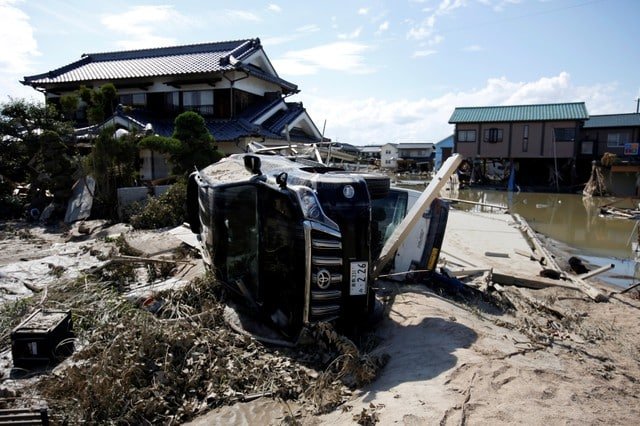 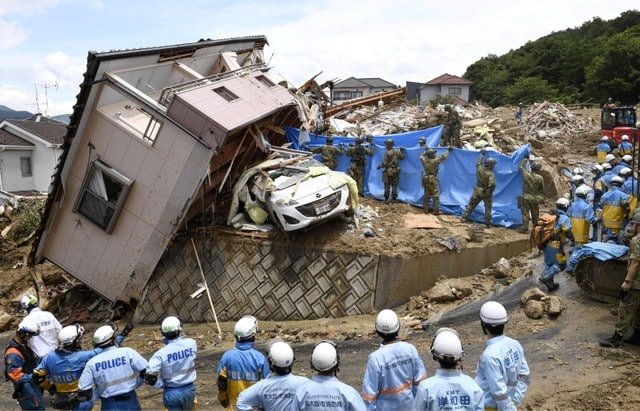 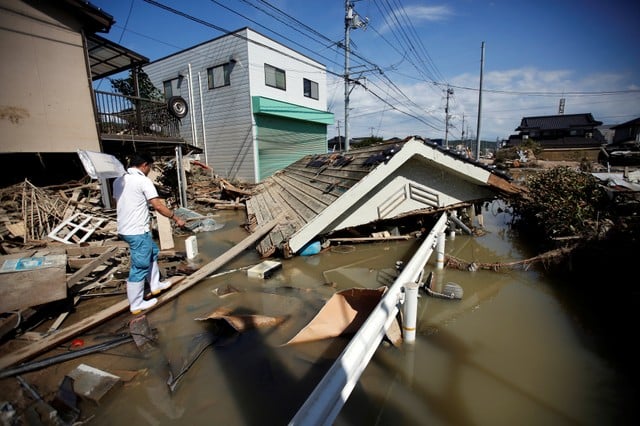 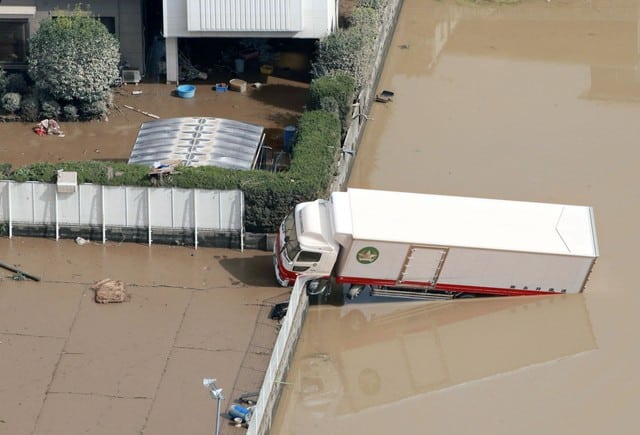 Refineries and oil terminals were not affected but blockages in roads leading to one Showa Shell oil terminal in Hiroshima caused gas and diesel shortages nearby.

Shares in some firms fell but losses were modest, with Mazda even gaining as investors bet damage was limited.

“If the rainfall affects supply chains, there will be selling of the affected stocks,” said Norihiro Fujito, chief investment strategist at Mitsubishi UFJ Morgan Stanley Securities. “Otherwise, the impact will be limited.”

Elsewhere, people soldiered through the grim task of recovery.

At one landslide in Hiroshima, shattered piles of lumber marked the sites of former homes, television images showed. Others had been tossed upside down.

“Nobody’s heard from my next door neighbour,” one man told NHK. “I hope they find him soon.”

Water still covered much of the hard-hit city of Kurashiki, despite ebbing floods that opened the route to a hospital where nearly 100 patients and staff were stranded on Sunday.

Thousands flocked to evacuation centres in its Mabi district.

“Nobody has anything to wear. We need shirts, trousers, underwear, socks and even shoes,” its mayor, Kaori Ito, told the Asahi Shimbun newspaper.

Although evacuation orders were scaled back from the weekend, nearly 2 million people still face orders or advice to keep away from homes, fire and disaster officials said.

Economists said it was too early to assess the overall impact but it was likely to be limited.

“Unusual weather patterns are a factor that corporations have to consider when making economic projections, but there is not much one can do,” said Koya Miyamae, a senior economist at SMBC Nikko Securities.

Japan monitors weather conditions and issues warnings early, but its dense population means every bit of usable land is built on in the mostly mountainous nation, leaving it prone to disasters.