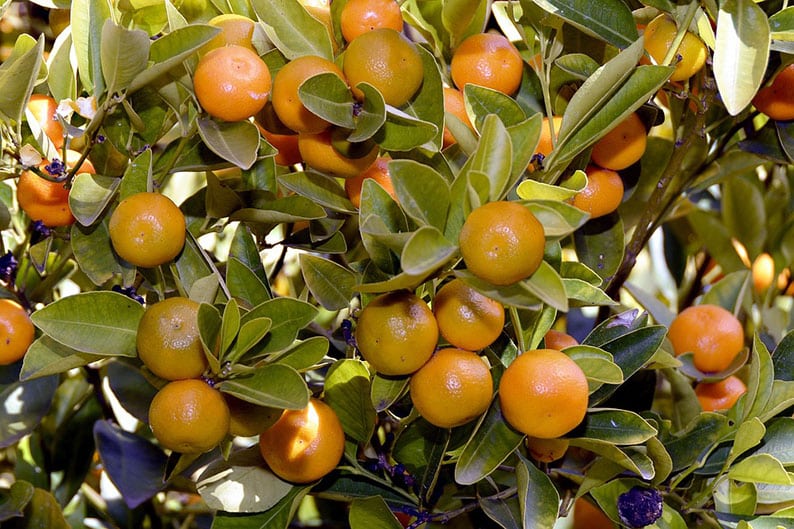 A priority is to save citrus trees

A new Eurostat report shows 44.6 per cent of farm managers in Cyprus are 65 years and older. Just 3.3 per cent are under 40. The country also has an extremely high number of small farms under five hectares, 89.6 per cent.

The legislative proposal for the common agricultural policy (CAP) from 2021 to 2027 will bring changes for all Europeans, including Cypriots, and though the European Commission says the changes are for the better, it remains to be seen if this is true for all countries.

European Commissioner for Agriculture and Rural Development Phil Hogan is planning to sit down with ministers of island nations Cyprus and Malta to discuss the legislative proposal for the new common agricultural policy for 2021 to 2027, as they are special cases because of their small farm size, and simpler procedures than in other countries can be implemented.

EU farmers have long complained about heavy paperwork and complexities that prevent them from implementing the actual objectives of the policy. Hogan said the new delivery model was a significant step in the continued pursuit of greater simplification.

The new common agricultural policy after 2020 gives member states a greater flexibility on how to use their funding allocation, allowing them to design programmes tailored to their specific situation, rather than the European Commission deciding what should be done, Hogan explained.

Instead of policing, the commission will give members more freedom, a solution which is more modern and less complex, he said.

Not everybody agrees. BirdLife Cyprus believes such an approach is a disaster for Cyprus’.

“This is more relaxed, which it shouldn’t be,” Martin Hellicar from the NGO said. “The top down approach is a good one. The commission should insist that the nature directive is followed.”

BirdLife Europe agrees. “The reform pins all its hopes to achieve EU objectives on wishful thinking, assuming that the member states will pursue public over vested interests. The last 20 years of CAP implementation suggests that when given the option, agricultural ministers tend to cave into the powerful intensive farming lobby,” they said.

However, it is not a carte blanche, the commissioner said. “It allows for partial implementation approval and the commission can intervene.”

Instead of policing, the commission will help the farmers to simplify, for example by helping to fill in application forms for funding and negotiating with banks to give them loans with low interest rates. The farmers will have ten days to check the documents.

An increasing use of technology is meant to help. The commission is encouraging member states to use big data and new technologies for controls and monitoring (for example, verifying farm sizes for direct payment claims using satellite data), thus significantly reducing the need for on-the-spot controls.

The rules so far have been too rigid, Hogan insists.

A level playing-field amongst member states will be ensured through strategic plans covering the whole period, setting out how each member state intends to meet nine EU-wide economic, environmental and social objectives, using both direct payments and rural development. The commission will approve each plan to ensure consistency and the protection of the single market and will closely follow each country’s performance and progress towards the agreed targets.

Each objective has three conditions which the farmers need to comply with. The economic part is to increase competitiveness, ensure fair income and rebalance the power in the food chain. Under the second condition, farmers should take climate change action, care for the environment and preserve landscapes and biodiversity. The social section includes support of a generational renewal, vibrant rural areas and the protection of food and health quality.

The new rules place the ball firmly in the court of the member states. “They will not get money if they don’t meet the nine objectives,” the commissioner said.

“The CAP remains at heart a policy designed to support European farmers and ensure Europe’s food security, while guaranteeing a resilient, sustainable and competitive agricultural sector, “ as they put it.

BirdLife Cyprus does not agree with the economic objective, saying that the commission needs to concentrate solely on  environment and social aspects.

“What we need is radical reform: a clean break from the social and environmental disaster that is the old CAP and a shift to effective support for small farmers and an ‘ecological transition’ that rewards farmers for environmental delivery in the form of sustainable production and sustainable land management,” they said.

“With evidence of ecological collapse in farmland mounting and as the biodiversity and climate crisis deepens, the need for today’s decision-makers to wake up to the environmental challenge staring them in the face has never been greater.”

This may be more urgent than ever this year.

In the short run, Cyprus will have to seek the support of the EU to find ways and means to help farmers in Cyprus who are struggling with water shortages to prevent them from abandoning the sector, Agriculture Minister Costas Kadis said on Sunday.

The current drought means farmers will have extremely little water this year, but water from desalination plants mean households will be spared cuts.

A priority is to save trees such as orange and olive trees and to supply water to greenhouses.

Water for seasonal crops such as potatoes and other vegetables was only to be available until the start of the summer, after which no water from the reservoirs could be used for those crops.

It remains to be seen how far Cyprus can come up with satisfying nine objectives under such conditions in future, whether they are environmental, economic or social, when the vital question of water overshadows everything and is likely to not only force young farmers to give up their work but most farmers.

It has been suggested that the only way to keep them from abandoning farming is not to farm for the next year or two, but to just pay the farmers an amount to keep them on their land.

“I do more for smaller farmers than ever,” Hogan stressed.

But will it be enough for Cyprus under the new rules or will the nine objectives get in the way of receiving the support the country really needs?