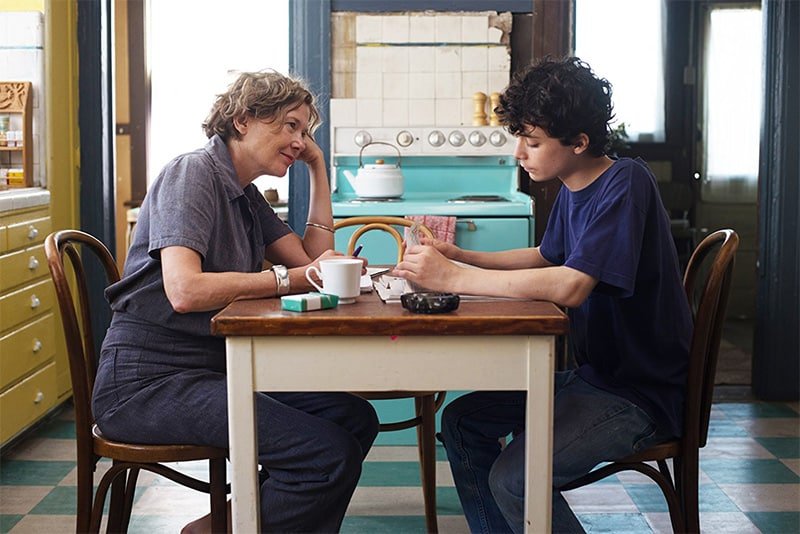 First things first: the Summer Open-Air Marathon is a great annual resource, and our summers would be much the poorer without it. This year’s edition – the 20th – kicks off on Wednesday, once again at the Konstantia Open-Air Cinema in Nicosia, taking place every week, Wednesday to Sunday at 9pm, till the 9th of September! A grand total of 21 films will be screened, including a couple for kids. All that said, I can think of a few groups who’d have cause to grumble at the current state of the Marathon:

People in coastal cities. Of the three major film events organised every year by the Ministry of Culture – Cyprus Film Days, Images and Views of Alternative Cinema, and the Marathon – the last two are exclusively in Nicosia, with CFD shared between the capital and Limassol. Even with the excellent Lemesos Documentary Festival coming next month, one could plausibly ask: why the emphasis on Nicosia, especially since it gets half-empty in summer anyway?

Yes – but we’re talking here about open-air screenings, an intense and particular pleasure that works best under certain conditions. To be honest, one often gets a sense that viewers at the Marathon don’t even care too much what film they’re watching: they’re too beguiled by the freshness of the cool evening breeze after a hot summer’s day, and the magical feeling of escape into a fantasy world juxtaposed with the physical release of escape from the heat. It just wouldn’t work as effectively on the clammy, humid nights you get in Limassol or Paphos. Sorry, coastals: you’re wrong on this one.

Anglophones. Here, on the other hand, is a valid grumble – because the films come with Greek subtitles only, and 13 of the 21 are in a language other than English. (Actually 15, but two of those are in Greek with English subtitles.) Not sure what can be done about this – it’s not practical to project extra subtitles, like they do at Cyprus Film Days – but it’s still a pity, especially since so many foreigners (particularly non-Europeans) stay in the capital during August, when the Cypriots have mostly decamped to Protaras anyway.

Classic-movie lovers. This is the big one – and it hurts, no doubt about it. Looking at my write-up for the Marathon in 2011, for instance, I note the presence of nine classic films in that year, beloved evergreens like Vertigo, Singin’ in the Rain and Brief Encounter. This year, as in most recent years, there isn’t a single one, nor is there anything from the 90s or 00s – what we might call semi-classics, the epoch-defining likes of Titanic or Brokeback Mountain. Instead, all 21 of this year’s Marathon titles date from the past five years, with most of them being 2016-17 releases.

When I say ‘it hurts’, of course, I mean it hurts me. I’ve always found it irresistible to go back in time in the carefree context of an open-air screening – a context where time seems suspended anyway, since you’re caught between the real world and the world of the movie – but that’s just a matter of taste. The fact is that classic films have been dropped, so I’m told, for the simple reason that few people wanted to watch them.

Instead, what people want to watch in summer is (apparently) a modified version of what they watch in winter at the Friends of the Cinema Society: serious-but-accessible movies, mostly in a language other than English. Here are Oscar winners like A Fantastic Woman (showing on July 18 and August 17) and Oscar nominees like the excellent ‘Arab Western’ Theeb (July 19, August 18). Here are films you may have missed at the Friends of the Cinema, like Pride (July 21, August 22) or La Danseuse (August 5, September 6). Here’s a Cypriot drama for the whole family, Petros Charalambous’ Boy on the Bridge (August 4, September 5). Here are a few repeats from Cyprus Film Days, as well as The Killing of a Sacred Deer (July 28, August 30) which originally played at the Pantheon – though I do wonder how well Giorgos Lanthimos’ claustrophobic pitch-black comedy will translate to the canopy of stars and distant traffic sounds of al fresco film-watching.

That’s the point, of course. The Open-Air Marathon is unique, and it’s hard to say with certainty what will work. Still, if I had to recommend five films from this year’s schedule I’d include Sacred Deer, which is just too mesmerising to ignore. The others might be Boy on the Bridge (if only to support our filmmakers), the Brazilian drama Aquarius (July 13, August 11) with an immense performance by Sonia Braga as a stubborn old lady, and two from this year’s Cyprus Film Days: the Palestinian Wajib (August 2, September 2) with a mismatched father and son driving through the streets of Nazareth, and the Israeli Foxtrot, which is also the opening movie (its second screening is on August 9). Oh, and Annette Bening in 20th Century Women (July 26, August 25) isn’t exactly chopped liver, either.

The full programme is available at https://www.facebook.com/summermoviemarathon/, or call 22-349085 or 22-348203 for more information. Grab a beer, feel the night sky above, and enjoy. Flaws and all, we do love the Marathon.

Afro Banana Republic is a festival for all

Scion of Larnaca family is married to culture