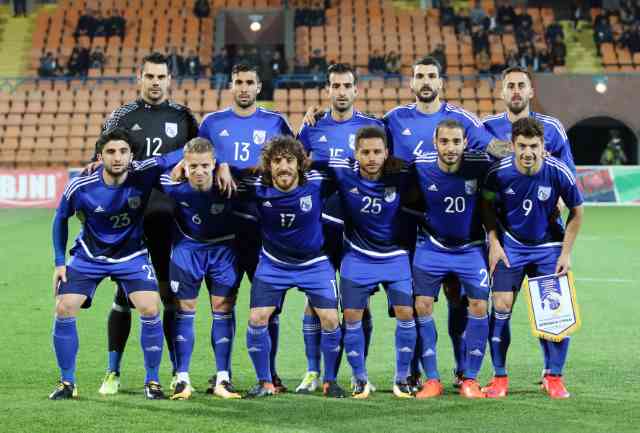 “You can’t put a limit on anything. The more you dream, the farther you get.” Michael Phelps

“Obstacles don’t have to stop you. If you run into a wall, don’t turn around and give up. Figure out how to climb it, go through it, or work around it”. Michael Jordan

As the World Cup 2018 draws to a close in Russia, you can see kids everywhere have again caught the ‘footie bug’ and just want to kick a football.

Am I talking nonsense or is it possible for Cyprus to qualify for the World Cup in future?

How? Cyprus needs to have a plan and to learn from other successful European models.

3 Encourage and incentivise the top Cyprus football clubs to build cooperation and partnership agreements to develop and exchange talent with top European football clubs in the major leagues; the English Premier League, the Spanish La Liga, the Italian Serie A, the German Bundesliga or the French Ligue 1.

4 Look for opportunities for the elite Cyprus youth players to gain experience playing at the highest possible level in the European leagues.

The World Cup has come at the right time to rescue and rejuvenate Cyprus football just as in recent times fans have been voting with their feet in increasing numbers and staying away from matches.

A start must be made by knocking on the door of Prez Nic as Cyprus needs better facilities with more FIFA standard pitches and stadiums. The new stadium proposed for Limassol is taking far too long. Top clubs such as APOEL, Apollon, AEL and Omonia really should have their own stadiums and Limassol teams shouldn’t have to travel to Nicosia or Larnaca to play European matches.

A revised programme of elite technical coaching is the essential foundation for the development of future Cyprus football talent. Northern Ireland (a country of similar population to Cyprus) is a perfect model for the CFA. There isn’t even a fully professional football league in Northern Ireland, so how did the country manage to qualify for three World Cups and one UEFA European Cup?

The IFA focus heavily on technical coaching and then encourage the elite youth talent to try to play in the English Premier League, or Championship, or Divisions 1 or 2 as well as the Scottish Leagues.

I had witnessed some elite coaching sessions in the past which helped to convince me that no matter how many coaching manuals a coach had swallowed or badges they have qualified for, that for example they cannot coach the striking technique as well as a top striker such as Thierry Henry.

Iceland (a country of circa 330,000 population) team has competed in the World Cup 2018 and the UEFA European Cup in 2016 and presently has a squad of players playing in leagues throughout Europe; England, Scotland, Germany, Italy, Belgium, Denmark, Sweden, Russia and Israel amongst others.

Cooperation partnerships established between top Cyprus football clubs and elite European football clubs makes sense as there are benefits for both parties. Top European clubs can have first team squads of up to 40 players but generally only 23 players can be registered for the league and European cup competitions leaving a large number of unregistered players.

The benefits for top European clubs would be that their fringe players and/or young talent could get experience ‘on loan’ playing for the top Cyprus clubs in the Champions League and the Europa League cup competitions, a ‘win win’ situation.

The World Cup has seen standards rising at the highest level and Cyprus must take steps not to get left behind.

Some smaller country statistics appropriate to Cyprus as follows:

Hail, rain, snow or sunshine you will always be guaranteed a full house at Windsor Park, Belfast when Northern Ireland play qualifying or friendly matches at home. It would be good to see the Cyprus supporters turn out in numbers to cheer on the national team when they are playing at home.