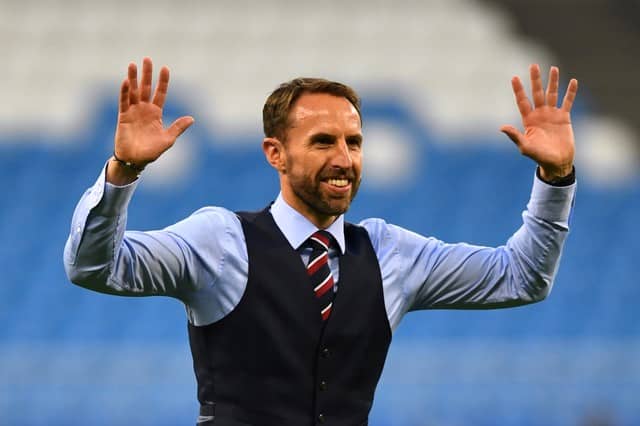 Although Croatia are the most difficult opponent England will have faced in the tournament, Gareth Southgate's words suggest he will continue with his attacking formation and personnel

England manager Gareth Southgate says he is not about to change his team’s approach for Wednesday’s World Cup semi-final against Croatia, saying he wants the “same again” from his young side.

Although Croatia are the most difficult opponent England will have faced in the tournament, Southgate’s words suggest he will continue with his attacking formation and personnel.

Asked what he would be demanding from his players, the England coach told ITV: “To be able to keep doing what we have been doing, play with real defensive discipline, good organisation, tactical awareness and then with the ball play with the freedom and expression that we have and the same patterns and movements that we have shown.”

While Croatia possess arguably the best central midfield pairing in the tournament in the shape of Real Madrid’s Luka Modric and Barcelona’s Ivan Rakitic, Southgate’s language does not indicate he is about to bring in Eric Dier as an additional defensive midfielder alongside Jordan Henderson.

But he is certainly well aware of the threat that Croatia pose in the centre of the field.

“They of course have a very strong midfield so, (it is about) denying them space and making sure awareness of distances and coverage of the pitch is correct and (knowing) the right moments to press. The higher the level of opponent, if you press in a disorganised fashion, then you will get picked through and we have got to be conscious of that,” he said.

The contribution of Raheem Sterling remains a polarising debate in England with the Manchester City player without a goal for his country since October, 2015 but Southgate says the forward’s contribution in Russia has been essential.

“I think Raheem has been fundamental to the way that we have played – his movement, the positions he takes up, his pressing of the ball, his work-rate for the team, the winning of free kicks and corners, his speed to stretch teams.

“He was a constant threat to Sweden, of course he hasn’t scored the goals he would have liked to have scored but for myself and the players he has been a crucial part of the way that we have been playing,” he said.

While England enjoyed a relatively stress-free 2-0 win over Sweden in the last eight, Croatia had to come through a gruelling extra time against hosts Russia and then a penalty shootout.

But Southgate thinks talk of that handing a physical advantage to England is being overplayed.

“We experienced the extra time and penalties (against Colombia) and we know the physical and emotional consequence of that,” he said.

“But any team in a World Cup semi-final is going to find the energy and going to find the motivation. So we won’t win the game just because Croatia had half an hour more football than us three days ago, we’ve got to win because we play better.”

In keeping with his even-handed and calm style, Southgate said his team were neither complacent nor too pumped up for Wednesday’s clash at the Luzhniki Stadium, England’s first World Cup semi-final since 1990.

“None of us are satisfied and none of us are particularly hyped-up. It is a game that is very evenly matched, we know what we want to do and we have to focus on our preparation and make sure that we control the controllables as we have attempted to do for every game,” the manager said.

Public is set to open its largest store in Cyprus, at Nicosia Mall