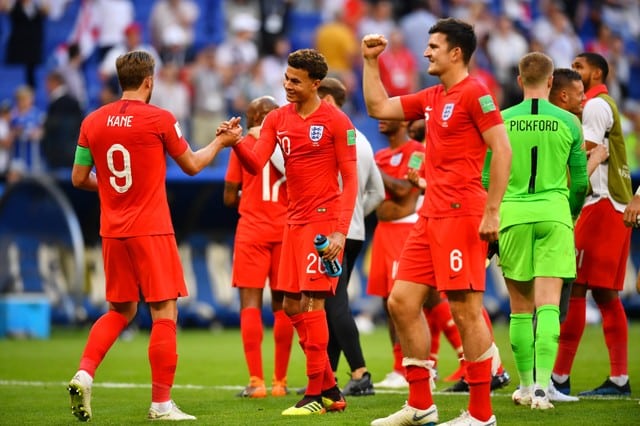 Two nations who have been waiting years to put right the bitter memories of World Cup semi-final defeats will face each other on Wednesday in Moscow with the chance to finally go one step further.

England’s last appearance at this stage was in 1990 when they lost in a penalty shootout to West Germany in Turin while eight years later, in their first World Cup as an independent nation, Croatia lost to hosts and eventual winners France.

While many outsiders view that unexpected Croatian run to the last four as a great success, inside the country many share the view of the team’s then manager Miroslav Blazevic that it was a missed opportunity.

England too left Italy 28 years ago feeling that the team featuring Gary Lineker and Paul Gascoigne could have gone all the way.
But neither side are in a mood for nostalgia or using the past as motivation.

While Croatian players, who have been asked constantly about the generation of 1998 and never fail to express their admiration for the likes of Zvonimir Boban and Davor Suker, those comparisons are a weight they feel is unneeded.

“We are not putting more pressure on ourselves with what happened in 1998,” said midfielder Ivan Rakitic.
“What they did was impressive but we want to keep writing our own history and enjoy what we are doing which is very positive,” he added.
England’s loss in 1990 was turned into a documentary film and has become a fabled part of the country’s ‘52 years of pain’ since their 1966 World Cup triumph.

But on Tuesday, defender Ashley Young was quick to dismiss its significance.
“We are concentrating on what’s going on now. Not what’s happened in the past. We’re looking forward to the future,” said Young.
Neither team came to Russia being heralded as favourites but they have produced performances throughout the competition which have shown they were underestimated by the pundits.

Croatia’s 3-0 win over Argentina in the group stage was a clear signal that the team led by midfield maestro Luka Modric was a real threat with their clever passing and movement.

In their quarter-final clash with Russia, the Croats showed a different side, being willing to slug it out with the Russians for 120 minutes before keeping their cool and winning the shootout in such a partisan atmosphere.

England, who made an early impression with a 6-1 crushing of Panama in the group stage, then overcame their shootout hoodoo in beating Colombia in the last 16 and looked composed and mature in the 2-0 quarter-final victory over Sweden.

Given Croatia had extra time and penalties to recover from, England should come into the game fresher and they also have the edge in previous meetings, winning four of the seven encounters, including a 5-1 victory in their most recent match – a World Cup qualifier in 2009.