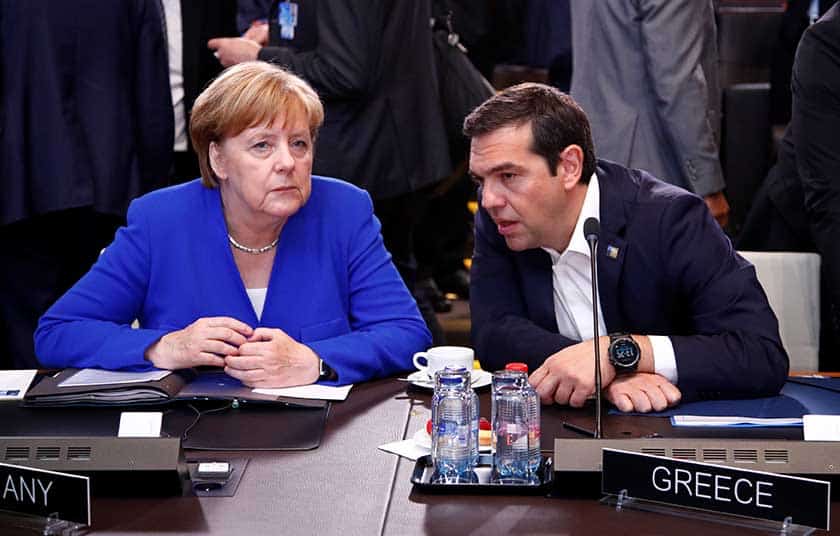 Nato leaders agreed on Wednesday to invite Macedonia to begin accession talks to join the Western alliance, extending its reach in the Balkans in defiance of Russia following a landmark accord with Greece over the ex-Yugoslav republic’s name.

Macedonia will become Nato’s 30th member state, though its people must first back the deal with Greece in a referendum. Under the accord, the official name of the country will become ‘Republic of North Macedonia’.

“We have decided to invite the government in Skopje to begin accession talks to join our alliance,” the leaders said in their summit communique.

The invitation to the small Balkan state of two million people comes despite opposition from Russia, which sees its influence in the region diminishing. A small pro-Russian party in Macedonia also opposes Nato membership.

Leaders said their decision was rooted in a 2008 declaration when Macedonia was invited to join, only to be blocked by Greece over the long-running name dispute.

Greece said the name Macedonia implies a territorial claim on its northern province with the same name.

The government of Macedonian Prime Minister Zoran Zaev pushed for an agreement with Greece after coming to power in 2017, and the compromise on the name opened the way for Macedonia’s membership of Nato.

Zaev hopes the prospect of Nato membership will prove a powerful incentive for a Yes vote in the planned referendum.

“This is a once in a lifetime opportunity and either they (the Macedonian people) support the agreement and they can join Nato, or they don’t support the agreement but then they won’t join it. They cannot get both,” Nato Secretary-General Jens Stoltenberg told a news conference after the decision.

With Albania, Croatia, Montenegro and Slovenia already members of Nato, as well as Bulgaria and Romania, and alliance forces keeping the peace in Kosovo, the invitation to admit Macedonia will leave only Serbia and the Serb-run part of Bosnia open to Russian influence in the Balkans.

But in a sign of continuing Russian interest in the region, Serbian authorities have announced that President Vladimir Putin will visit Belgrade in the autumn.

Moscow’s ambassador to Skopje has criticised Macedonia’s ambitions to join Nato, saying it could become “a legitimate target” if relations between Nato and Russia deteriorate further.

Macedonia will bring to Nato an 8,500-strong military which relies on a mixture of Russian, German, Greek and US tanks and armoured vehicles. Its aviation has no combat jets.

Separately on Wednesday, Athens said it would expel two Russian diplomats suspected of involvement in rallies in Greece against the Macedonian name deal. In a rare diplomatic tussle between two countries with traditionally warm ties, Moscow said it would respond in kind.