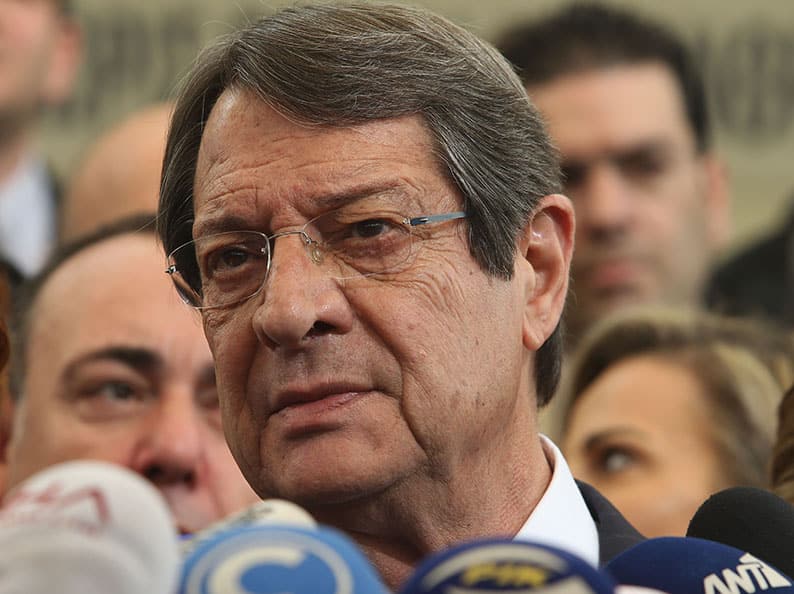 President Nicos Anastasiades joined the bandwagon on Thursday voicing his opposition to a glossary which its authors have described as an innocuous tool that Greek Cypriot and Turkish Cypriot journalists could opt to use in a bid to avoid inciting tensions when reporting on the Cyprus problem.

The fanfare over the very much contested glossary made public earlier this week garnered a petition from some 170 Greek Cypriot journalists who said they were adamantly opposed to it as it was an attack on free speech.

They signed the petition before the contents of the glossary was made public saying an attempt to call something other than what it was, was an attempt to distort history and muzzle journalists.

Authored by two Greek Cypriot and two Turkish Cypriot journalists Maria Siakalli, Christos Christofides, Esra Aygin and Bekir Azgin, the work was carried out under the umbrella of the organisation for security and co-operation in Europe (OSCE). The glossary is called ‘words that matter: a glossary for journalism in Cyprus.’

In an interview with the state broadcaster on the Apo Mera se Mera show, Anastasiades said the only time “the occupation will cease being an occupation is when a solution to the Cyprus problem is found. You cannot in any way try to embellish crimes.”

“It’s somewhat inappropriate to try and call the occupation ‘the northern side’ and to try and say the properties aren’t stolen…let the Cyprus problem be resolved and all this will be overcome as part of the solution.”

His comments reflected views of journalists who said the idea of calling the occupation by any other name was blasphemous, especially if the reason was to protect the feelings of the other side.

The glossary however, comprised of 56 terms does not propose any alternative for the word ‘occupation’ as the authors could not reach a mutually acceptable term.

For instance, ‘Attila’ is proposed to be referred to as ‘Turkish troops / military / army’ and ‘puppet leader’ could be replaced with ‘Turkish Cypriot leader’ as is the term often used by international media as well as the UN.

Though the authors and the OSCE have repeatedly stressed the glossary is optional – meaning journalists could bin it or not even have it in their building if they so wished, many quarters of Greek Cypriot press called it ‘an attempt by the OSCE to stifle freedom of speech’.

In his interview, Anastasiades said his primary issue was that the OSCE was the body behind the glossary. “If it was something made between journalists, it is their right. You are involving an international organisation to determine that the invasion is not an invasion, the occupation is not an occupation and the properties (of Greek Cypriots in the north) aren’t being trampled on.

“There are basic human rights, there are UN resolutions that make clear references to these.” 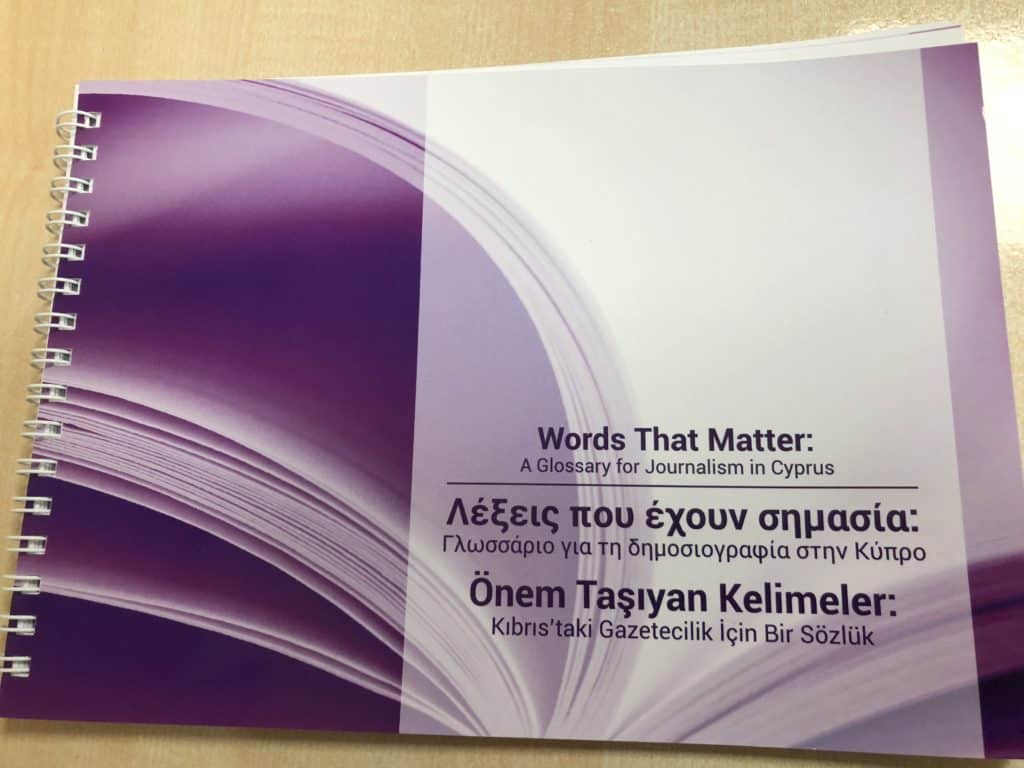 According to the glossary, no agreed alternative could be found for the word ‘invasion’. The term for ‘stolen properties’ is proposed to be replaced with ‘Greek Cypriot properties in the north’ or ‘affected properties’.

The glossary contains the terms in English, Greek and Turkish with an explanation as to why this may cause offence to audiences on the opposite side of the divide whether it be Greek Cypriots or Turkish Cypriots.

Anastasiades said as the glossary was optional, journalists who wanted to embark on this project could have come together and reached an agreement between themselves to use it.

“I don’t want to get involved but I’m seeing the negative consequences of an effort supposedly made to create a reconciliatory climate. We’re trying to brush reality under the carpet to believe that it does not exist.

“This isn’t how a solution is going to be found.”

“This wasn’t the time for something like this,” Anastasiades added, and a climate of reconciliation isn’t going to be achieved through words but actions.

Their party, in a statement called the glossary a gross offence to journalism and said this was an attempt to “beautify the occupation and contribute towards its legalisation in journalism”.

Edek called the move unacceptable and third parties were involving so “we could adjust to their logic and demands.”

Ruling Disy said they supported the freedom of speech adding the glossary was a voluntary initiative. “Let us not give it more importance than what it deserves. No one can force anyone over which words or terms they can use.”

Akel’s spokesman Stefanos Stefanou said the glossary was created in a bid to improve dialogue between the two communities and was not imposed on anyone as it is entirely optional.

Disputes dividing groups between patriots and non patriots never helped the fight against the occupation and everyone should stay focused on the greater goal which is a solution to the Cyprus problem, he added.

The glossary can be found online at https://www.osce.org/representative-on-freedom-of-media/387269