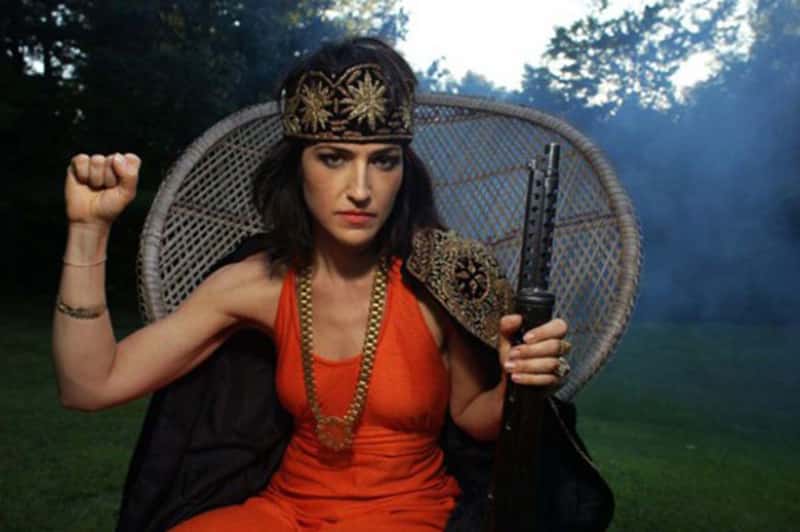 Fengaros 2018 has announced its line-up for the three-day festival and we must say the organisers have really outdone themselves this year. A number of international artists will perform on the Fengaros stages at the Journalists’ Village in Pervolia, Larnaca. Their performances here are part of their European tours, and it is the first time that our island has been included on their tour dates.

This year’s line-up balances world-renowned artists like Joan As Police Woman from New York, TootArd from Golan Heights and Deerhoof from San Francisco with up-and-coming talents like the South African Alice Phoebe Lou and Berliners Tau. The current Greek music scene will also be represented by the bands Stella, Negros tou Moria and Bazooka, among others. Also on offer, as in previous years, are performances by the best and most active bands from Cyprus.

If we do the maths, that is 22 acts and DJs in total who will perform at the festival’s Field and Playground stages from August 2-4. But let’s look at the acts in a little more detail. Joan as Police Woman (Joan Wasser) is an American musician, singer-songwriter and producer. She studied the violin at university and then began performing with art/ punk bands and experimenting with how far she could stretch the parameters of the violin. A few years later she became ‘Joan As Police Woman’, named in homage to the 1970s cop show Police Woman, and began releasing her solo albums.

Coming from Athens will be the psychedelic punk rock quintet Bazooka. The band is part of a rising Greek psych, punk and garage scene that is currently conquering international shores. Lately the band have been writing songs entirely in Greek, thus returning to their Mediterranean roots and with an even more distinctive sound than displayed on previous efforts. Their first album was released in 2013 following a number of seven-inch EPs, and their new EP Zougla (‘Jungle’) came out in November 2017.

Local band Arcadian Child will prove, once again, that our island is a goldmine for musical talent. The newly formed band are four lads from Limassol who “deliver resonating psychedelia blended with ambience, hallucinogenic patterns and cathartic eruptions,” according to the band’s Facebook page. Even though the band have not been rocking for very long, their debut album Afterglow came out in October 2017. The band are currently working on their second studio album, which is planned to be released this November.

Now for the DJs. Vas Stylianos will be coming from the UK to deliver some awesome electric sounds. Stylianos has roots in Cyprus, more specifically Kato Drys, which makes this island debut long overdue. We will be able to catch him across all three days of the festival, between the acts.

Nicosia will not remain idle in face of Turkish provocations

Libertango and a book presentation