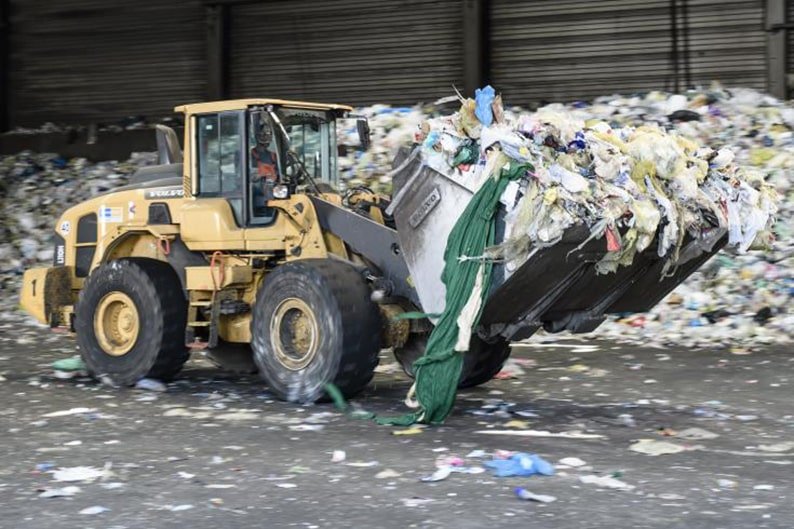 The responsibility for infringements of EU rules on the closure of illegal landfills is collective and falls on all administrations tasked since 2003 with fulfilling the Republic’s obligations, according to the findings of a report released on Friday.

The report was prepared by a committee – consisting of lawyer Andreas Demetriou, assistant tax officer Stelios Kountouris and university professor Panos Papanastatiou – appointed by the attorney-general last December to investigate the handling by governments over time of the national waste-management strategy.

According to the report, the obligations of the Republic of Cyprus were not taken seriously enough by its governments to lead to the implementation of national and EU legislation on the matter and were dealt with ‘frivolously’.

Cyprus was faced with fines last year over delays in shutting down illegal landfills in Vati and Kotsiatis ordered by the EU in 2013. An infringement process was initiated in May 2017 and the Republic was looking at fines of of €30,000 for each day of delay. It was given more time later on to close down the illegal landfills following the visit last October by European Environment Commissioner Karmenu Vella.

The report said that there had been no proper strategic planning since 2003 and no sufficient funds had been allocated, or human resources with sufficient know-how, to fulfil the obligations of Cyprus to the EU or to ‘its own citizens’.

Although the recent decision on the assignment of management of Nicosia district’s waste to the Koshi treatment plant is being viewed positively, the committee said that it “regrets the fact that this development, as well as the assignment to a company that had, with the admission of its top executives, direct involvement in matters of corruption at the expense of the country, […] could have been avoided by timely and proper reflection, rationalisation of obligations and responsibilities and proper selection of advisors who would have prepared studies and given good advice to the competent departments.”

The committee also expressed concerns on whether Cyprus’ 2020 goals will be met as regards recycling of 50 per cent of the waste at source, as it does not seem that the environment department is taking the necessary measures to achieve those goals.

On finding a taker for the waste converted to Solid Recovered Fuel (SRF) by the waste treatment facility in Pentakomo in Limassol, as mandated by the EU, the committee said that the interior ministry could have started sooner negotiations with Vasiliko cement factory – the only company in Cyprus that expressed interest in taking the fuel. The tender for the SRF, it said, was announced with a five-year delay, in 2017.

The committee also found that difference of opinion between the interior ministry and the environment department had been crucial in the non-materialisation of measures for the implementation of the EU directive on landfills, and ‘avoiding a conviction against the Republic of Cyprus’.

It also said that it agreed with a decision of officials of the interior ministry when a proposal was presented on the matter by the environment department in July 2013. The decision was that the proposal was ‘unrealistic and not backed by facts’ and that ‘it was not a serious and scientific study based on reliable and real data, but on planning based on expectations, wishes and unsubstantiated assumptions’.

These statements, the report said, are being confirmed because “five years later, the environment department has yet to show substantive work for the strategy it proposed on the reduction of waste.”

The committee gave credit, however, to Auditor-General Odysseas Michaelides for his involvement during the process of granting the contract for the management of Pentakomo waste treatment plant. Michaelides, the committee said, had insisted at the time, on the contract being granted not according to suggestions from the government advisor but according to financial criteria. His suggestion was adopted by the then interior minister, Eleni Mavrou, the report said.

As a result, the cost of waste management at the Limassol plant was secured at €19 per tonne, compared with €69 per tonne at the Koshi waste treatment plant, it said.

The band that puts Cyprus on top

Downton Abbey to be turned into a movie