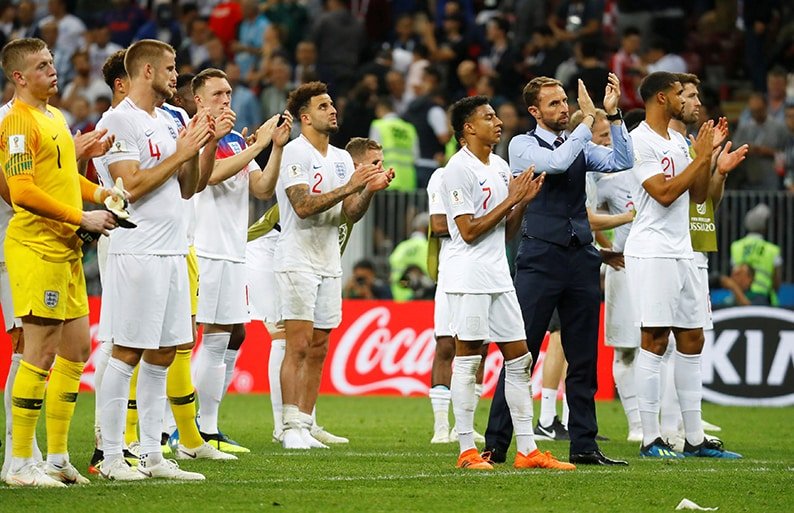 Southgate says his selection will be based primarily on the fitness of individual players suggesting he will resist the temptation to give some fringe players a run-out.

All 23 players in Southgate’s squad trained on Friday at the team’s Repino base.

“We have to decide who can go again physically. Everyone wants to play. Everyone trained this morning. Sometimes it’s not always a good decision to play if people’s energy isn’t quite there.

“It won’t be exactly the same starting eleven, but we want ideally to make as few changes as possible.”

“(There are) one or two injuries, one or two with a bit of illness. But we have high motivation to perform and finish with a medal at a World Cup, which only one English team have ever done. We’d like to redress having lost to Belgium once before already, too,” he added.

England lost 2-1 to Croatia after extra time in their semi-final on Wednesday and Southgate said it had been a tough loss to process.

“We got back to St Petersburg at 6.30am on the day after the game, so it has been an emotion fuelled few days. But the players are incredible. They’re a pleasure to work with. Their energy this morning and desire to finish the tournament well, we owe it as much to ourselves as to our nation to finish well,” added the England manager.

One player who will be particularly keen to play will be England forward Harry Kane who is currently the top scorer in the tournament and has a chance to win the Golden Boot.

“There have been some exceptional individual performances and we are very proud that Harry Kane is the top scorer,” said Southgate.

“Outside that I’m not interested in individual awards. Football is about winning as a team. The first thought for Harry has been about how far can he help the team go.

“He sat out against Belgium earlier on in the tournament to help the team and it will be even more powerful for him winning the Golden Boot after making that sacrifice.”

The England manager said that Kieran Trippier’s injury, which forced him off the field in the final stages of extra time against Croatia, appeared to have been a combination of a nerve issue and cramp.

Trippier was among those training on Friday.

Our View: New judges to clear case backlog need to be up to scratch