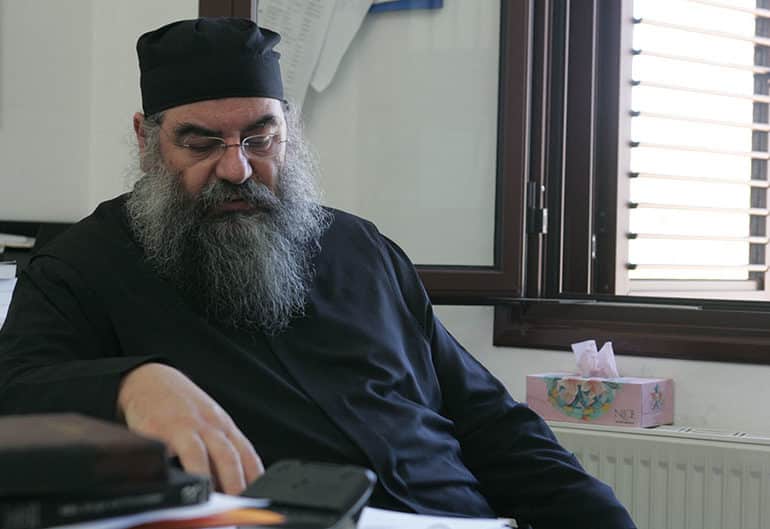 The monk whose parents are suing the Church of Cyprus for allegedly brainwashing him, has told the court that he entered monastic life of his own accord and was never coerced.

The family of Giorgos Theodoulou, 44, are suing the Church of Cyprus for €2m claiming it brainwashed their son.

They are also suing Limassol Bishop Athanasios, Maheras Abbot Epifanios, the Church of Cyprus, and the state attorney-general for €2m, after their son Giorgos dropped his studies and became a monk.

In a statement provided to the court, the monk himself denied being the victim of indoctrination and says he is acting of his own free will.

He attributed his parents’ angst to the fact that they always had high expectations of him, given his education.

His mother, who “treated me as if I was sick,” at one point took him to a psychiatrist.

“I was not diagnosed with any psychiatric condition,” he stated.

“I have never been under the power of suggestion.”

His parents claim he was brainwashed by Limassol bishop Athanasios.

The monk has already testified three times. His next appearance in court will be in mid-September, when he is to be cross-examined by Christos Clerides, the lawyer representing the plaintiffs – the parents.

“The gist of this case is that there has been a breach of the right to family, a right enshrined in the constitution,” Clerides told the Cyprus Mail.

“We are suing the state, as well as all those concerned, for failure to protect this right.”

Any damages to be potentially awarded to the plaintiffs are at the court’s discretion.

Clerides says he has a solid case, believing he has demonstrated that the monk was coerced to cut off ties with his family and the world at large.

Earlier during the trial, a former monk at the same monastery testified as to how they were prohibited from any contact with the outside world – including no phone calls.

“Maheras monastery practises a fundamentalist version of monasticism. Once you are in, you are supposed to forsake yourself, your family, and any property. Monks are taught to hate themselves,” Clerides said.

This, he added, has been demonstrated in court by statements attributed to bishop Athanasios, among others.

Around 2007, after he joined the monastery, Theodoulou was disowned by his father, in order that the monastery should not get any property he would inherit.

Our View: World Cup was a triumph for organisation and teamwork