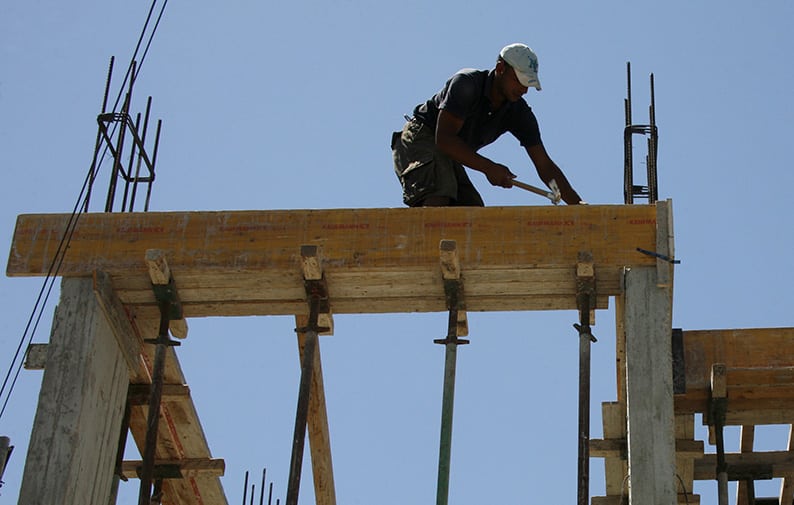 The labour inspection office warned on Tuesday that high temperatures and humidity levels could create a severe heatwave which could put at risk exposed workers.

The labour inspection office informed employers and the self-employed that on Tuesday, and possibly the following days, that inland and/or in the coastal areas, temperatures and humidity conditions are likely to create a very severe heatwave.

“These conditions may put at risk workers who are exposed to thermal load and / or seriously affect their health,” it said in a statement.

Employers and the self-employed, it said, are reminded that they are required to take all necessary measures, through risk assessment, for the protection of workers or themselves from the thermal load as provided for in the regulations concerning thermal stress. This, it said, could also mean interruption of work activities.

But Peo trade union said that a large number of employers fail to implement this regulation, thus, putting at risk the health of workers.

In a letter, the head of Peo, Pambis Kyritsis, urged the labour minister for an intensified campaign to remind employers of their obligations.

“It has come to our attention that despite the efforts of labour inspection office to inform about the code and the obligations deriving from it, a large number of employers do not apply the code, and the health and safety of workers are at risk,” Kyritsis said. Unfortunately, he said, “the philosophy of self-control and self-conformance, principles upon which the code is based, has not yielded the expected results”.

It seems, he said, that employers are not willing to do so.

Kyritsis stressed the need for a reassessment of the measures for the protection of workers from thermal stress. Peo, he said, had suggested earlier in the year to bring back an older practice of the labour inspection office, whereby it used to record weather conditions and issued a statement on the measures employers need to take. This, Peo said, included stopping work operations between noon and 4pm for those who work outside and are exposed to the sun and the heat.

Such an announcement, he said, would help trade unionists but also all workers to “claim better protection from the heatwave.”

The health ministry too urged the public to take measures to protect themselves, especially those in vulnerable groups, such as infants, the elderly and pregnant women.

It said that members of the public should avoid exposure to the sun and unnecessary exercise, they should dress lightly, wear hats and sunglasses, avoid heavy foods and drink lots of water.

“Air conditioning should be used especially during the hottest hours of the day. During the night, it is good to keep the windows open,” it said.

People suffering from chronic diseases are advised to consult their doctors for measures.

It also warned parents to never leave infants or children in the car. “The temperature can rise dangerously in just a few minutes, even if the windows of the car are open.”

Cyprus for kids is ‘more than just waterparks’