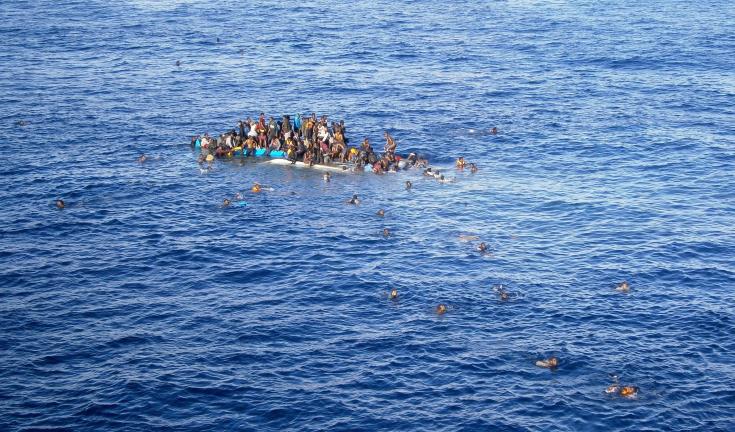 Thirty people died when a boat carrying 150 migrants sank off the coast of northern Cyprus, some 25 kilometres off Yialousa, early Wednesday and rescuers were still searching for 17 others, Turkish officials said.

One rescued person was in critical condition and was brought to the north by helicopter, the coast guard said. The majority of the rescued passengers, believed to be Syrian, were brought to Turkey.

Mersin Mayor Burhanettin Kocamaz told Turkish newspaper Haberturk that the number of dead was 30, up from the initial figure announced by the coast guard at 19, the Cyprus News Agency reported citing Turkish Cypriot press.

Kibris Postasi citing unnamed sources said many of the migrants weren’t wearing life jackets and the boat contained one child and one woman while the remaining migrants were men.

It added that the woman was pregnant but said she was one of the victims.

A Panama-flagged commercial ship spotted the migrant boat and alerted the coast guard on Wednesday morning.

According to Turkish Cypriot media, the boat began sinking at around 6am due to water inflow to the engine room.

According to state broadcaster Cybc, Turkey and the north had deployed the brunt of the manpower, sending out a helicopter to help. The Turkish frigate Barbaros was also used in the rescue operation.

Over the past few months, more than 300 migrants reached the island all of whom departed in boats from Mersin.

Only last month, a boat carrying 61 Syrians believed to have departed from an area close to Mersin made its way to Cyprus after port authority radars picked up the vessel three nautical miles from Kato Pyrgos.

In May, eight bodies were washed up on the shores of the north, believed to have been Syrian migrants while in September two vessels containing 305 people were towed in Latchi and Kato Pyrgos Tyllirias.

In 2015, Turkey became one of the main launch points for more than a million migrants taking the dangerous sea route to the European Union, many fleeing conflict and poverty in the Middle East and Africa.

A 2016 deal between Turkey and the European Union sharply reduced the flow of refugees into the bloc, after thousands died crossing from Turkey to Greek islands a few miles offshore.

From January to May this year at least 26 migrants died trying to cross to Europe from Turkey, according to coast guard statistics.

Lack of imams in the north