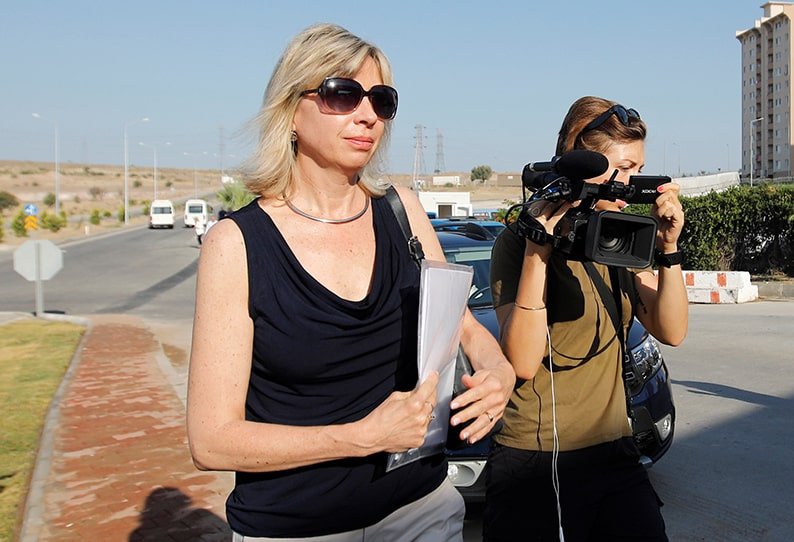 Trump calls on Erdogan to act
A Turkish court decided on Wednesday to keep an American pastor in jail, dashing hopes that he could be released during his trial on terrorism and spying charges, a case that has deepened a rift with NATO ally Washington.

Andrew Brunson, a Christian pastor from North Carolina who has lived in Turkey for more than two decades, was indicted on charges of helping the group that Ankara blames for a failed 2016 coup against President Tayyip Erdogan, as well as supporting outlawed PKK Kurdish militants.

Brunson, who denies the charges, faces up to 35 years in jail if found guilty.

“It is really hard to stay in jail and be separated from my wife and children,” Brunson, wearing a black suit and a white shirt, told the court in Turkish.

“There is no concrete evidence against me. The disciples of Jesus suffered in his name, now it is my turn. I am an innocent man on all these charges. I reject them. I know why I am here. I am here to suffer in Jesus’s name.”

A total disgrace that Turkey will not release a respected U.S. Pastor, Andrew Brunson, from prison. He has been held hostage far too long. @RT_Erdogan should do something to free this wonderful Christian husband & father. He has done nothing wrong, and his family needs him!

U.S. President Donald Trump late on Wednesday said in a tweet that Erdogan “should do something to free this wonderful Christian husband & father,” saying that Brunson has “been held hostage far too long.”

The U.S. envoy to Turkey said he was “disappointed” by the ruling of the court in the Aegean province of Izmir, where Brunson had been living.

“Our government is deeply concerned about his status and the status of other American citizens and Turkish local employees of the U.S. diplomatic mission who have been detained under state of emergency rules,” Charge d’Affaires Philip Kosnett told reporters outside the courtroom.

“We have great respect for both Turkey’s traditional role as a haven for people of faiths and Turkey’s legal traditions,” he said. “We believe this case is out of step with these traditions.”

Erdogan has previously linked Brunson’s fate to that of Fethullah Gulen, a U.S.-based Muslim cleric who Turkey accuses of masterminding the failed coup. Gulen denies any involvement in the coup, in which at least 250 people were killed.

The spokesman of Turkey’s ruling AK Party, Mahir Unal, said that just as Washington had responded repeatedly to Ankara’s requests for Gulen’s extradition by saying it was a matter for the U.S. courts, so Brunson’s fate was a judicial matter.

Brunson was pastor of the Izmir Resurrection Church, serving a small Protestant congregation in Turkey’s third-largest city, south of the Aegean town of Aliaga where he is now on trial.

His lawyer Ismail Cem Halavurt had raised hopes that Brunson could be released as the prosecution witnesses finish testifying.

But Halavurt said on Wednesday the prosecution has added the testimony of two new anonymous witnesses to the case and that the court would reconvene on Oct. 12 to hear them and view new evidence.

Turkey’s lira weakened against the dollar immediately after the ruling, reflecting investor worries about tensions with the United States.

Brunson’s trial is one of several legal cases that have raised tensions between Washington and Ankara. A U.S. judge sentenced a Turkish bank executive in May to 32 months in prison for helping Iran evade U.S. sanctions, while two locally employed U.S. consulate staff in Turkey have been detained.

The two NATO allies are also at odds over U.S. policy in Syria, where Washington’s ally in the fight against Islamic State is a Kurdish militia that Turkey says is an extension of the PKK, which has waged a three-decade insurgency in southeast Turkey.

In a statement late on Wednesday, four Republican U.S. senators called for the immediate release of Brunson and other U.S. citizens being held in Turkey, warning of legislative reprisals otherwise.

“We encourage the Administration to use all the tools at their disposal to ensure the release of these innocent people before Congress is forced to press for even stricter legislative measures that will be difficult to unwind,” Senators Thom Tillis, Jeanne Shaheen, James Lankford, and Lindsey Graham said.