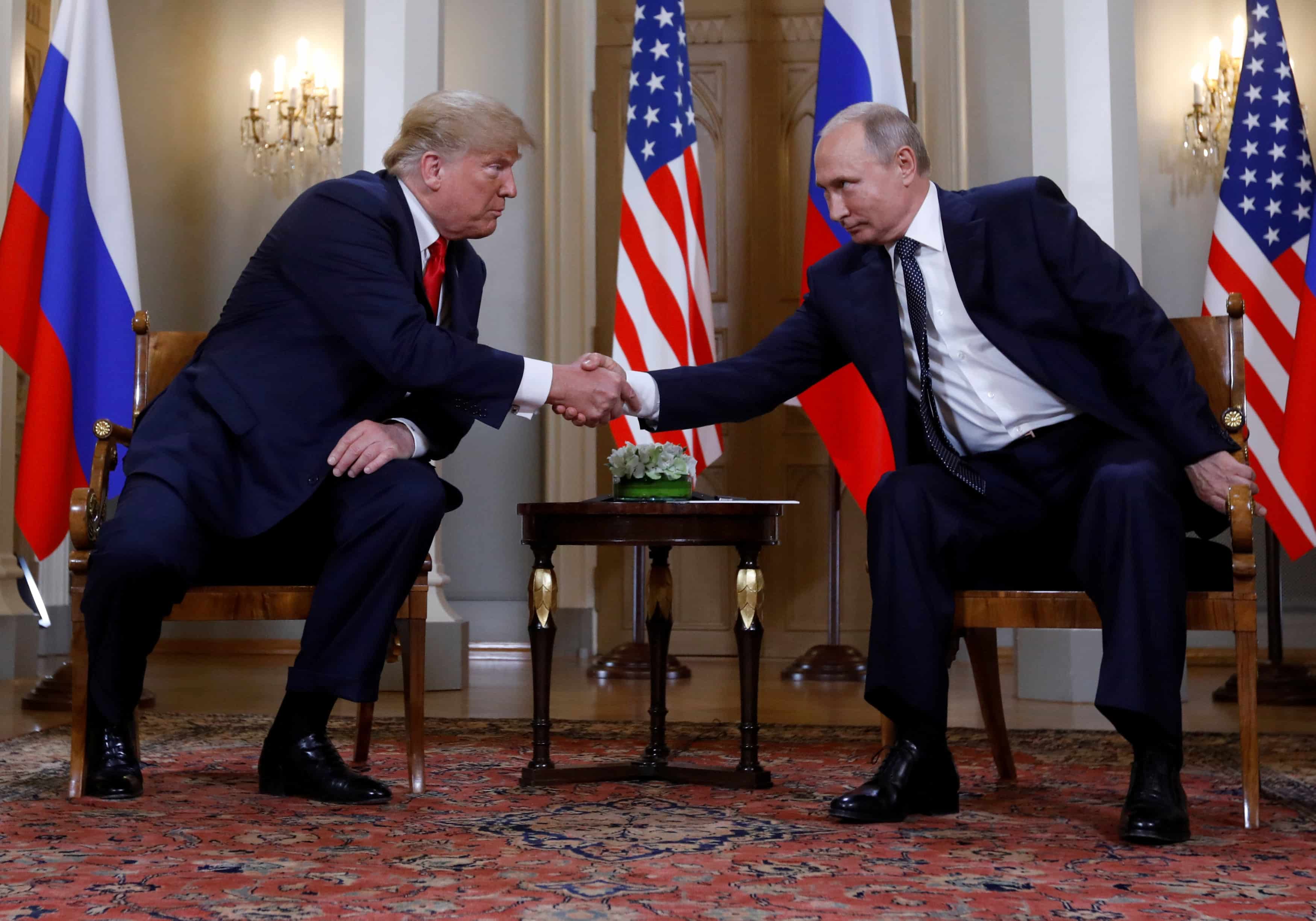 US President Donald Trump and Russian President Vladimir Putin blamed forces within the United States on Thursday for marring what they called the success of their first summit, with Trump saying he looked forward to their second meeting.
Trump, who has struggled to quiet an uproar over his failure to confront Putin over Russia’s meddling in the 2016 US election at Monday’s summit in Helsinki, fell back on one of his favorite targets, the news media.
The Republican president accused the media of distorting comments in which he gave credence to Putin’s denials of election interference despite the conclusions of the American intelligence community about Moscow’s conduct.
“The Summit with Russia was a great success, except with the real enemy of the people, the Fake News Media,” Trump, who has faced criticism from lawmakers in both parties after the summit, wrote on Twitter.
“I look forward to our second meeting so that we can start implementing some of the many things discussed, including stopping terrorism, security for Israel, nuclear proliferation, cyber attacks, trade, Ukraine, Middle East peace, North Korea and more,” Trump said.
A day after he refused to blame Putin at the summit for the election meddling, Trump on Tuesday said he had misspoken and accused ‘some people of hating the fact that he got along with Putin.
American intelligence agencies last year announced their conclusion that Russia carried out a campaign of hacking and propaganda targeting the 2016 U.S. election in an attempt to sow discord, disparage Democratic candidate Hillary Clinton and aid Trump’s candidacy. Putin has denied any such meddling.
US Director of National Intelligence Dan Coats and FBI Director Christopher Wray publicly reaffirmed their confidence in the findings after the Helsinki meeting.
In Moscow, Putin said ‘powerful’ US forces were trying to sabotage what the summit had achieved, but said the two leaders had begun to improve US-Russia ties anyway.
“It was successful overall and led to some useful agreements. Of course, let’s see how events will develop further,” Putin said in remarks to Russian diplomats from around the world, without disclosing the nature of the agreements to which he referred.
“We see that there are forces in the United States that are prepared to casually sacrifice Russian-US relations, to sacrifice them for their ambitions in an internal political battle in the United States,” Putin said.
Putin did not name names, but spoke of US politicians who put their ‘narrow party interests’ above the best interests of the United States and were powerful enough to be able to foist their questionable ‘stories’ on millions of Americans.
US prosecutors have offered mounting evidence concerning Russian election meddling. Special Counsel Robert Mueller secured an indictment last Friday charging 12 Russian intelligence officers with hacking Democratic computer networks in 2016 as part of a wide-ranging conspiracy involving sophisticated hacking and staged releases of documents.
In another irritant in US-Russian relations, a US judge on Wednesday ordered Maria Butina, an accused Russian agent, jailed until her trial after American prosecutors argued she has ties to Russian intelligence and could flee the United States.

Electricity consumption lower so far this summer compared with 2017