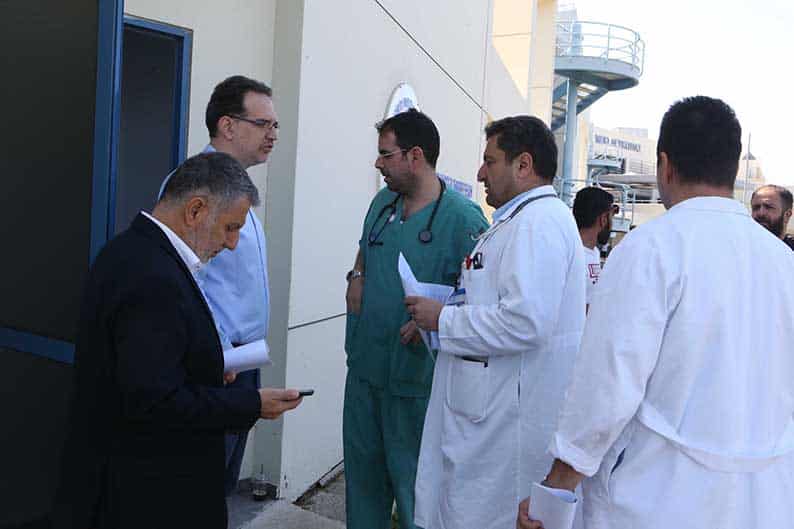 A number of state doctors are considering whether they should go into private practice once the National Health Scheme (Gesy) kicks in.

Soteris Koumas, head of the state doctors’ union Pasyki, spoke of ‘turmoil’ among physicians due to uncertainty over their pay under the scheme.

He was speaking after a meeting on Tuesday with the health minister, focusing on state doctors’ status under Gesy.

Private-sector general practitioners would be able to opt-in to a contractual agreement with the Gesy.

Asked whether some state doctors were thinking of resigning, Koumas said some were.

General practitioners in the private sector would be able to enter into a contract to provide services to the Gesy. If they do so, they would be classed as personal physicians. In this case, initially they must have a minimum number of 300 patients on their list for the first three years once the Gesy is implemented.

Subsequently, these GPs would be restricted to a maximum of 2,500 patients, for which they must keep records and inform the Gesy.

According to a proposal floated to state doctors by the Health Insurance Organisation (HIO), private general practitioners contracted with the Gesy would receive an annual salary of €112,000 on average per 1,100 patients on their list.

Koumas also brought up another ‘concern’ (or negotiating leverage), wondering what would happen to government hospitals’ emergency departments should state doctors opt for the private sector.

Pasyki now await the completion of a study, commissioned by the HIO. The study will determine the salaries and perks of GPs who are currently state doctors.

Personal physicians who are currently working in state health centres would be transferred to the organisation of state health services (Okyy) and in addition to their annual salaries will be given additional allowances as incentives for increased productivity.

Under the government roadmap, contributions for the Gesy will begin being collected as of March 2019.

The first phase of the scheme is to be rolled out on June 1 of the same year. This concerns outpatient care provided by personal physicians, specialists, pharmacies and labs.

The Gesy will come into full swing as of June 1, 2020 with inpatient care.

Under Gesy, the maximum co-pay for patients will be €300 per year. Once that threshold is exceeded, patients will continue to receive full care regardless.

Consultations between Britain and US on draft Unficyp resolution

Our View: Edek’s specious argument for not opening the Dherynia crossing