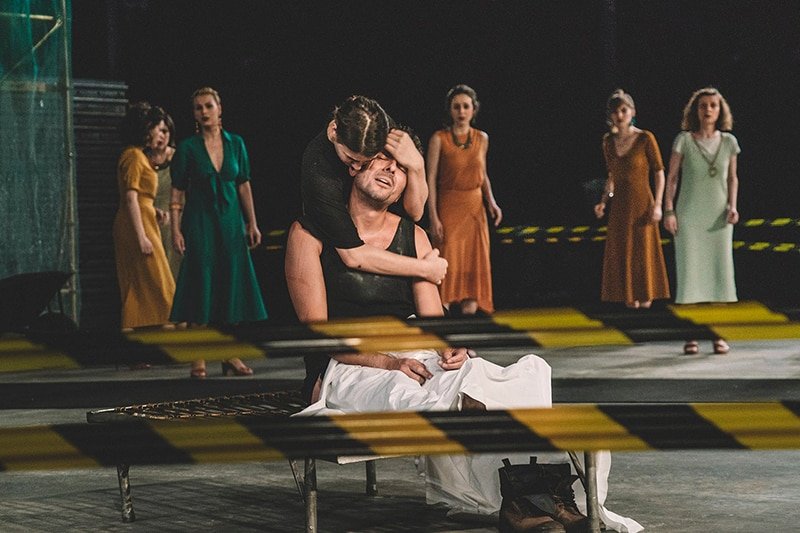 The International Festival of Ancient Greek Drama 2018 continues tonight with a performance of Orestes by Euripides, presented by the National Theatre of Northern Greece.

After murdering his mother Clytemnestra as revenge for his father’s murder, Orestes fades away in bed, tormented by the Furies, with his sister Electra by his side. When their uncle Menelaus, returns to Argos from Troy, accompanied by Helen, they hope that he will intervene and persuade the City to overturn the death sentence that has been passed on his nephew. However, neither Menelaus nor their grandfather Tyndareus will help him.

Orestes then turns to Pylades, who is willing to risk his life to help his friend. The two young men, accompanied by Electra, plan to revenge themselves against

Menelaus by killing Helen and her daughter Hermione, a plan that throws them deeper into a vicious circle of blood and violence. Trapped in their own actions, they desperately try to save themselves. The solution is ultimately provided by the intervention of Apollo.

The performance is based on a new translation by the Greek poet Yorgos Blanas and directed by Yannis Anastasakis.

Vettel and Mercedes both hungry for home success at Hockenheim